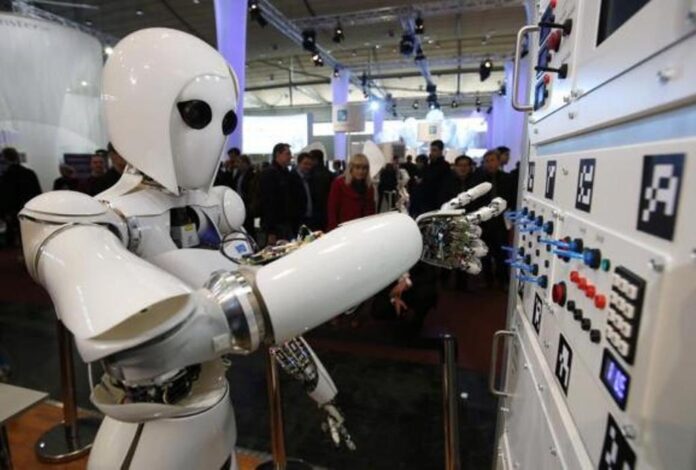 ISLAMABAD: Seventy-five percent work of Pakistan first high-standard artificial intelligence laboratory under CPEC at National University of Science and Technology (NUST) has been completed while the equipment installation is almost 100% finished, Gwadar Pro reported on Saturday.

At the beginning of this year, the laboratory under CPEC–Qingluan Artificial Intelligence Laboratory was officially established at NUST, with joint efforts of NUST and Guangzhou Institute of Chinese Academy of Sciences.

The lab has been put into full use, both students and teaching staff are keen on researching Pattern and Facial Recognition algorithms, the reporter learned.

“Currently, Cogniser-V1 intelligent video analysis project-a pilot project with the Government of Pakistan, and a commercial project, namely GymBot are the main projects that are under development.” Muhammad Khubaib Shabbir revealed.

“To put it simple, the Cognizer-V1 has the ability to sense the people who are lurking around in certain areas and generate warnings, regarding dangerous behavioral patterns such as suicide, or other suspicious activities.” Muhammad Khubaib Shabbir said.

In the case of Pakistan, the country is blessed with a large number of artificial intelligence application scenarios and a huge market, thanks to its world’s 6th largest population. Moreover, the country is never short on talents.

However, challenges lie in the commercialization of scientific achievements– an important step which can be viewed as one of the sources for innovation.

Due to the backward industrial conditions and obstruction of international exchanges during the epidemic, the progress of commercialization in Pakistani scientific research institutes has been extremely slow.

“Our other key project, ‘GymBot’, can be a perfect example of science commercialization. It is designed to be a deep learning device, using AI and Computer Vision Algorithms and serve as an auxiliary tool under various gym scenarios, monitoring whether the clients’ postures are correct.

Experts in various fields are joining the research team to finalize the product. The core functions have been developed already. Now what the team is doing is developing additional modules to integrate and research new areas to better customize the device.” Muhammad Khubaib Shabbir shared his insights.

“It is important to keep in mind that Guangzhou Institute of Chinese Academy of Sciences has shared the source code for ‘GymBot’. This enabled the researchers from Pakistan to get first-hand experience of the latest results on AI developments and offered them a chance to learn from it, enhance it and make it more usable for the local community. This will most definitely open new doors of opportunities for Pakistanis.”

Moving ideas from lab to marketplace is a complicated journey. Researchers and stakeholders need to manage the time-consuming process of moving from academic to commercial contexts, and seek balance between different goals amongst stakeholders and researchers.

CPEC enables the exchanges of advanced concepts, from both technical and management level. Qing Luan lab can be one of the successful examples.