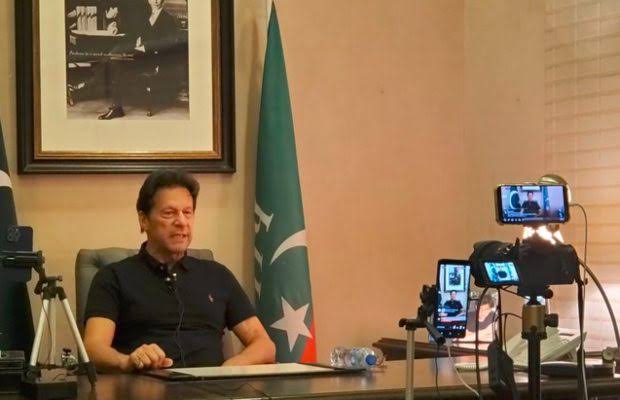 PTI Chairman Imran Khan on Wednesday evening broke all world records for addressing the largest Twitter Space Live, ahead of his PTI rally, scheduled to be held today in Lahore.

Khan via Spaces, an audio live feature on Twitter, interacted with approximately 165K people from around the world who were in attendance at the Twitter live event. The address was also live-streamed on other platforms with thousands watching such as Facebook and Instagram.

It was reported that approximately half a million users interacted with Imran Khan with an average of 165,000 users listening at a given time. The record was previously held by K-POP Lyrical Space with over 44,000 listeners.

The party’s focus on robust social media strategies has successfully allowed it to garner support globally. Since the ouster of Prime Minister Imran Khan through a vote of no-confidence in the National Assembly, his party has popularised the hashtag “Imported Hakumat Na-Manzoor”, the largest trend in Pakistan’s social media history as it has been tweeted over 7 million times.

According to the details, it took only a couple of minutes for the former PM to make a global record on Twitter.

As per the Twitter Space history of live events, former PM Imran Khan bagged the position of being the first person around the world having more than 165K listeners during a live event. Earlier, K-POP Lyrical Space held this record by having over 44K listeners.

Following his ouster as the prime minister, Imran Khan makes a strong comeback in politics as he holds public rallies across the country. His rallies in Peshawar, and later in Karachi, faced huge success as thousands came out to support him.

However, as per sources, the former PM faces severe life threats as the district administration of Lahore on Wednesday wrote a letter to PTI leaders recommending that former prime minister Imran Khan should address the party’s rally virtually in light of “severe threat alerts”.

In the letter, Lahore Additional Deputy Commissioner Atiyab Sultan wrote: “In light of severe threat alerts received from security agencies and as per latest intelligence assessment made at the district and provincial levels, it is recommended that ex-prime minister Imran Khan should address the public gathering virtually by video conference and LED display instead of making a physical appearance at Greater Iqbal Park, Lahore on 21-04-2022.”

In light of threats, mostly listeners were concerned about his well-being and were worried about his safety and security. To which Khan replied that he would show up at Minar-i-Pakistan, no matter what.

“Minar-i-Pakistan is a special place because the Pakistan resolution was presented there. Indian Muslims decided that they wanted [a] separate [home]land. We will also launch our freedom movement there. I believe a record number of people will come,” he said.

The PTI leader said that he did not expect such huge crowds would come out in his support after his government was ousted earlier this month. “I had expected just five per cent of what actually came out. When I saw people I was so happy because I saw a nation emerging … for the first time I saw where we should have been 75 years ago,” he added.

Terming the protests by overseas Pakistanis “unprecedented”, the former PM said that conspiracies would not work anymore as people had become politically aware.

The PTI leader urged his supporters to not say anything against the armed forces of Pakistan. “Never ever speak against the army. If we didn’t have the army, we wouldn’t have survived. The army is more necessary than Imran Khan,” he said.

He added that enemies of Pakistan were attacking the army and both Nawaz Sharif and Asif Zardari undermined the army when in power.

Imran Khan, while talking about the chief election commissioner, stated that ECP’s judgements were “anti-PTI”. “The day [foreign funding] cases of all three parties are heard simultaneously, it will be clear that only PTI has a proper system of funding,” he added.

In terms of future strategy and choosing electables over PTI core workers, the chairman said they gave out tickets to wrong people and this time he would prefer ideological workers over electables next time. “Last time, I didn’t give tickets myself. This time I will not approve a single ticket without scrutiny,” said Khan.

Khan, while answering a question about 95pc of media being against Imran Khan’s government and politics, maintained that the country’s media was the freest during his tenure.

“So-called liberals used to attack us about media freedom. We faced the most criticism and propaganda. They spread fake news against us. Today, all of the media is blacking us out…This is because these mafias co-opt media owners,” he said.

“I found out three months ago that journalists and anchors were getting foreign offers to run campaigns against us. But this will not work in the age of social media, information will get out and it cannot be stopped,” he said.

He went on to add that soon after the Lahore rally, he would start speaking to international media as well.

Imran Khan, before concluding the session stated that he had never witnessed this widespread sense of nationalism in people as he had seen after his government was removed. “This will make Pakistan a nation… I urge everyone to come to Minar-i-Pakistan tomorrow. We will create history at a historical place.”

Due to a power reconfiguration activity on a section of international submarine cable, internet users are expected to experience downgraded speeds on April 21, Pakistan Telecommunication Authority announced on Tuesday. Pakistan Telecommunication Authority further clarified that the maintenance would take place from 2:00 AM to 7:00 AM, and internet service disruptions would only be experienced during the said period.

Initially, the reconfiguration activity was supposed to be undertaken from 2:00 PM to 7:00 PM on April 21, but it was quickly rescheduled because of a PTI protest scheduled for Lahore. It is pertinent to mention that as news of PTA’s initial decision to undertake the maintenance activity around noon of the 21 April surfaced, a flurry of PTI members and supporters, who believed that this was a planned effort to disrupt the coordinated activities during the Lahore rally, took to Twitter to record their protest.

Omar Ayub, a former member of the National Assembly, took note of the issue and termed it as a “blatant attempt” to slow down internet speed so that “Imran Khan’s speech is affected.” He also called for an immediate rescheduling of the activity. Shiffa Yousafzai, a prominent journalist, also noted the rather convenient timing of the maintenance and wrote on Twitter, “Is it a coincidence” that the PTA decided to fix internet services on the same day as the PTI rally in Lahore.

Another prominent journalist and editor, Moeed Pirzada, also took to Twitter and advised the Pakistan Telecommunication Authority to “resume services in time” or “it will be considered a conspiracy”.

After the outrage, PTA announced on Twitter that the maintenance would be undertaken from 2:00 to 7:00 in the morning of 21 April. In addition, it also revealed that alternate measures would be taken to provide uninterrupted internet services to users and that it would work to restore the full functionality of the internet services as quickly as possible. Finally, PTA added that “The availability of internet services will be as usual throughout the country.” 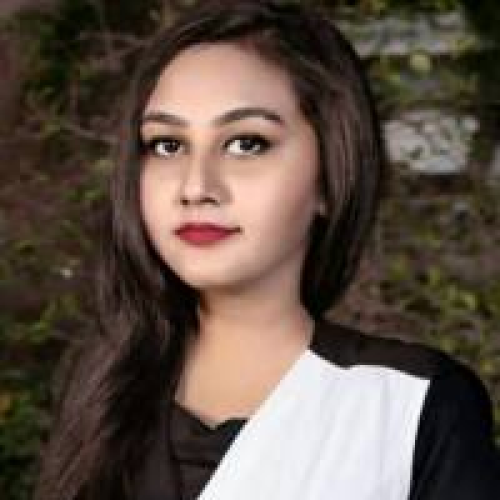 February 7, 2023
ANKARA: Rescuers in Turkey and Syria braved frigid weather, aftershocks and collapsing buildings Tuesday, as they dug for survivors buried by an earthquake that...