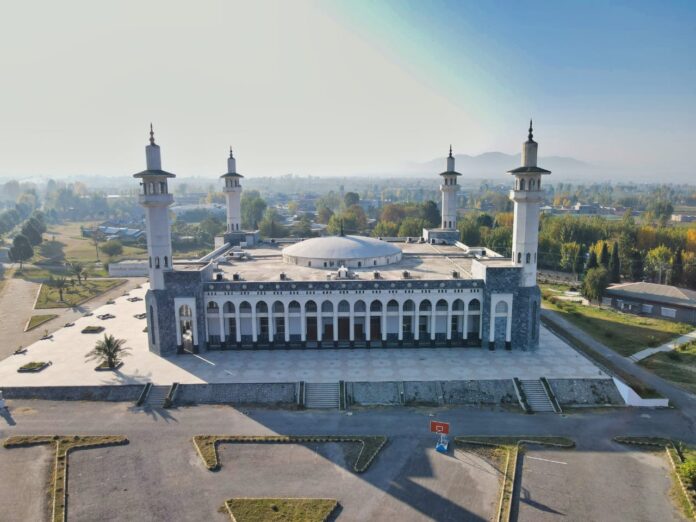 “The Government of the Kingdom of Saudi Arabia presents the Islamic Republic of Pakistan to the King Abdul Aziz Mosque and King Fahd Mosque,” says an official statement issued here by Saudi Arabian Embassy. 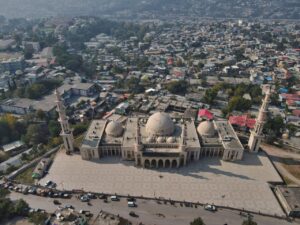 “The Kingdom of Saudi Arabia, represented by its embassy in Islamabad, donated the King Abdul Aziz Mosque in the city of Manserah and the King Fahd Mosque in the city Muzaffarabad to the Pakistani government and the brotherly Pakistani people, in the presence of the Minister of Religious Affairs Mr. Noor-ul-Haq Qadri,” the statement said.

The King Abdul-Aziz Mosque can accommodate more than 10,000 thousand worshipers and King Fahd Mosque in Muzaffarabad would host more than 6000 worshipers. The mosques contain spacious courtyards and distinct designs inspired by the two mosques in the Great Mosque in Mecca and the Prophet’s Mosque. 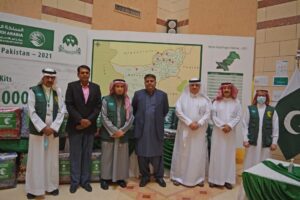 Ambassador Al-Maliki clarified that the Kingdom has endeavored to assist Pakistan at all times and circumstances, under the generous guidance of the wise leaders of the Kingdom of Saudi Arabia, from its founder King Abdul-Aziz and his sons to the Custodian of the Two Holy Mosques King Salman bin Abdul-Aziz Al Saud, and His Royal Highness Prince Muhammad bin Salman bin Abdul-Aziz Royal Crown Prince, Deputy Prime Minister and Minister of Defense – may Allah protect them.