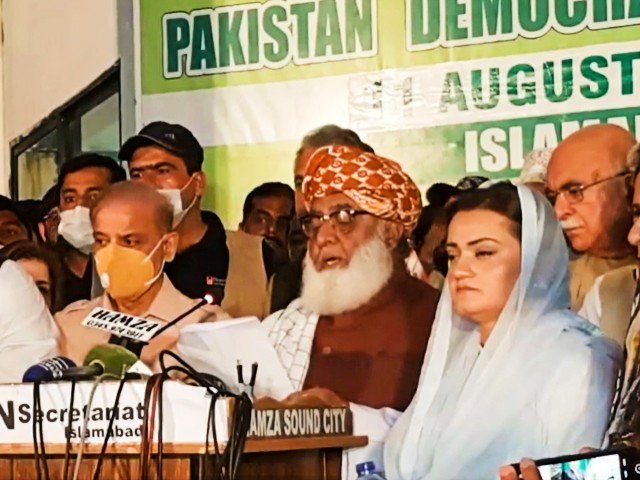 LAHORE: Pakistan Democratic Movement (PDM) on Monday decided to challenge the government’s ‘controversial bills’ in the Supreme Court and ramp up the Opposition alliance’s country-wide protests.

The ‘controversial bills’ include The National Accountability (Third Amendment) Ordinance 2021, electronic voting machine, and the bill which seeks to ‘curtail’ the State Bank of Pakistan’s powers and ‘handing it over to the International Monetary Fund’.

The Opposition leaders have been tasked to consult with lawyers and draft a strategy to challenge the bills in the top court, the statement said.

“The [participants of the meeting decided to call a meeting of PDM’s steering committee on November 22, in which legal suggestions against the government’s bills will be presented,” the statement said.

The steering committee has also been asked to make recommendations for the “decisive” anti-government long march and present them in the PDM leadership’s meeting on November 23.

The Nov 23 meeting will give the final nod for the long march, the statement said.