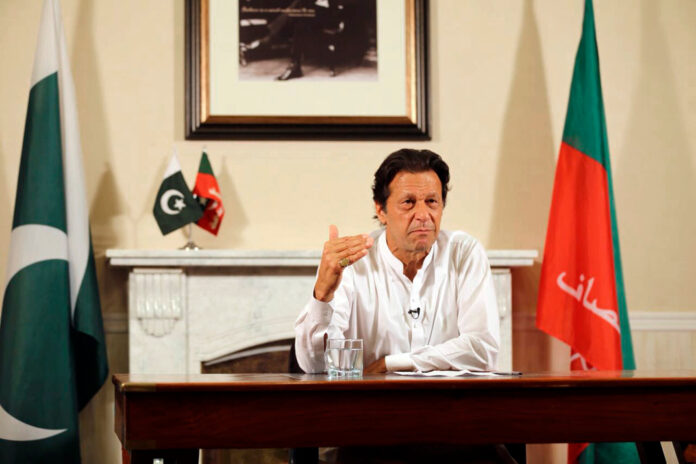 ISLAMABAD: The Islamabad High Court (IHC) on Wednesday questioned the government’s reluctance to disclose details of the presents the prime min­ister received from world leaders after assuming the office in August 2018.

Last month, the Cabinet Division cha­llenged in the high court an “illegal” order of the Pakistan Infor­mation Commission seeking details of the gifts presented to Imran Khan after he became the prime minister.

Government ethics rules mean the prime minister, ministers and special advisers must declare gifts received above a certain value — and pay for any of the gifts they wish to keep.

In its petition, the government took the stance that dis­closure of any information rela­ted to Toshakhana jeopardises Pakistan’s international relationships.

Established in 1974, Tosha­khana is a department under the administrative control of the Cabinet Division and stores precious gifts given to rulers, parliamentarians, bureaucrats and officials by heads of other governments, states and foreign dignitaries as a goodwill gesture.

The PIC had while deciding on an application on the matter directed the division to “provide the requested information about the gifts received by Prime Minister Imran Khan from foreign heads of states, heads of governments and other foreign dignitaries […] description/specification of each gift, information about the gifts retained by the prime minister and the rules under which gifts thus received are retained by him”.

During the proceedings on Wednesday, Justice Miangul Hassan Aurangzeb asked the counsel representing the government if it would share the details of the presents or not.

The judge acknowledged that details of certain items such as defence-related gifts may not be disclosed but questioned the need to apply the restriction on making details public applied to every item.

“What is the harm in doing so if some country has given a necklace [to Khan] as a present?” Justice Aurangzeb questioned. “Why is the government facing embarrassment by not disclosing gifts received from other countries?”

The judge observed that gifts given to the public office holders belong to the public and not the official. He also wondered if these very people would have been given the same presents were it not for their post.

Justice Aurangzeb further asked why those gifts were not kept in a museum, observing this was the norm in other countries.

He also said the government should disclose how many gifts had their valuation done by the Federal Board of Revenue (FBR).

The government’s counsel requested time to respond following which the court adjourned the hearing.