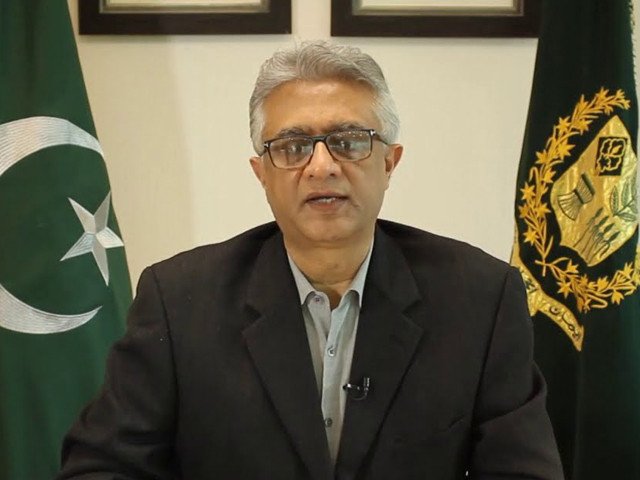 In a press briefing, Dr Faisal said following an agreement with the Chinese state-owned pharmaceutical giant on the transfer of technology, the National Institute of Health (NIH) will be able to produce three million doses a month which will significantly reduce Islamabad’s dependence on other countries.

He said that China was Pakistan’s strategic partner and had gone out of its way in keeping up a supply chain and transferring technology to it.

He said that the government had planned to vaccinate 70 million population by the end of this year. He said that the population group currently eligible for vaccination was 100 million out of the total of 220 million as the shots had only been approved for those above 18.

He added during the first half of the present year, from January to June, the government had received, as it had expected, 19.82 million doses. He added 91 percent of these doses were purchased, which clearly shows the government not solely reliant on gifts and donations.

He said that Pakistan was now vaccinating nearly 150,000 people on a daily basis while the target was to reach 300,000 vaccinations.

He said that the government has started vaccination for people 40 and above and the registration drive was opened last week.

Dr Faisal said: “Our procurement is a result of proactive efforts. The government initiated the conversation with vaccine manufacturers and the Gavi alliance in July last year which is well before any vaccine had been fully developed and approved.”

He said that the Economic Coordination Committee (ECC) had approved $150 million for vaccine procurement on November 20 last year while the Cabinet confirmed the same in December.

He said that it was important to note that vaccines across the globe were not approved for use until mid or late December. “Pfizer was approved on December 11, AstraZeneca on December 30, while Sinopharm was okayed after late-stage phase III trials in December,” he recalled.

He said that manufacturers such as AstraZeneca and Moderna have been unable to meet demand while some of the world’s largest vaccine-producing countries have imposed embargos on exporting vaccines until their local demands are met.

He said that the government is proud of its accomplishments especially considering the serious global supply issue when even some of the richest economies, including Australia and Canada, had to slow down or halt their vaccine roll-out.

The minister said that it is erroneous to compare Pakistan with countries like the US and India who are self-sufficient in vaccine production. “We are certainly moving in that direction now but so far Pakistan did not have the capacity for vaccine production.”

He said that some have drawn comparisons to countries in the region with smaller economies like Bhutan which has vaccinated over 60 percent of its population. He added Bhutan has a population of almost 750,000 which means they have vaccinated around 500,000 people.

Hel assured that the government will continue to take additional precautions of limiting public space and enforcing guidelines to slow down the spread of disease.

He expressed the hope that the media will continue to support the government wholeheartedly in the fight against Covid-19.