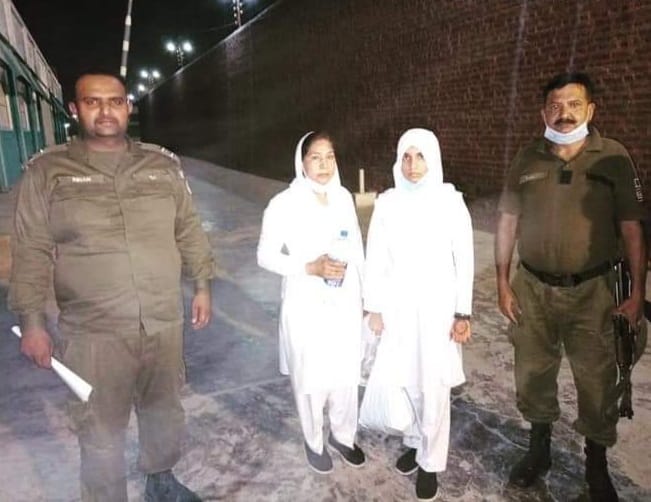 LAHORE: A senior church leader has expressed concern over the arrest of two Christian nurses on blasphemy accusation in Faisalabad and demanded their immediate release after a fair investigation into the charge.

In a press statement, National Council of Churches in Pakistan President Bishop Azad Marshall said that the arrest of staff nurse Maryam Lal and third-year nursing student Newsh Arooj for alleged blasphemy was the second such case against Christian health workers in three months.

Muslim coworkers at the Civil Hospital Faisalabad on Friday accused Lal and Arooj of committing blasphemy by removing and desecrating a sticker that contained verses from the Holy Quran. The allegations quickly spread around the building and provoked scores of staffers to stage a demonstration to demand legal action against their Christian colleagues. An enraged mob, largely activists of a religious party from a nearby locality, later also joined the crowd.

An angry protester assaulted Maryam with a knife and injured her before police arrived at the facility to take both the women into “protective custody” and get them out of the hospital building.

According to Lal’s statement to the police, she had been asked to clean up the cupboard of the hospital’s female head nurse, who is Muslim. Lal said that while doing the job, she removed the sticker and gave it to the head nurse before finishing the night shift along with the other accused Christian colleague and returning home. Lal said the next morning the head nurse in the presence of other Muslim staffers accused her of desecrating the holy inscription.

“According to our information, the two women were implicated in a false case by a co-worker who bore a grudge against them,” the senior church leader said, lamenting that instead of investigating the charge, the police had succumbed to the pressure of a mob and registered a case against the two nurses.

“The blatant abuse of the law has imperiled the lives of all Pakistanis irrespective of their faiths,” Bishop Marshall said. “While Christians and other minorities are more vulnerable, Muslims themselves are also targeted with fake allegations. Mere allegations are enough to destroy the lives of the accused and their families.”

Calling for equally harsh punishment for false accusers, Marshall said that blasphemy allegations must be promptly and thoroughly investigated by an independent and impartial authority.

“The law should be amended so that the FIRs [First Information Reports] in all blasphemy cases are registered only after permission from the concerned government before the courts can take cognizance of them,” he added.

The bishop said that the government continually claims that it intends to curb misuse of the laws but has yet to make any concerted efforts. “This lawlessness and miscarriage of justice is instilling fear and insecurity in our community and I urge the government to address this issue on priority,” he said.

No one in Pakistan has been executed for blasphemy so far, but jails are filling up with those sentenced to death.

False accusations are common and often motivated by personal vendettas or religious hatred. The highly inflammatory accusations have the potential to spark mob lynchings, vigilante murders, and mass protests.

A Senate Special Committee on Human Rights and the Islamabad High Court in 2018 recommended that those making false blasphemy accusations be given the same punishments as those for blasphemy convictions, but the government dismissed the recommendation. The recommendation also stated that anyone registering a blasphemy case at a police station must bring two witnesses.

While punishment for blasphemy ranges from several years in prison to death in Pakistan, a person making a false accusation faces potential punishment of only six months in prison or a fine of Rs1,000. Successive governments have acknowledged that the blasphemy laws are blatantly misused, but little effort has been made to stop the abuses.