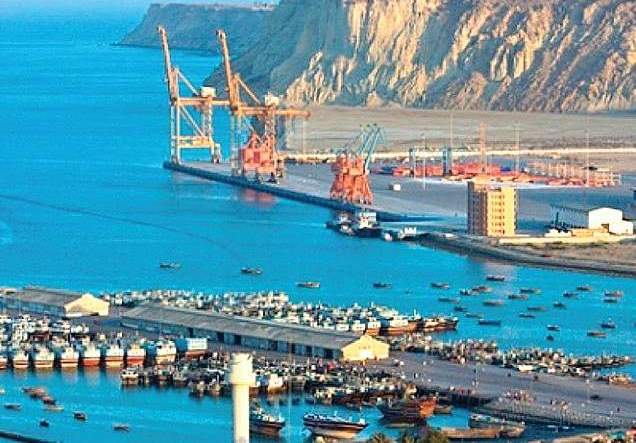 ISLAMABAD: Balochistan government is working on a plan to declare Special Economic Zone (SEZ) at Gwadar as a tax-free zone under the China-Pakistan Economic Corridor (CPEC) and a one-window system is also being introduced to facilitate the local and foreign investors.

An official source told Pakistan Today that the development projects in Gwadar are being completed under the CPEC framework and the Balochistan government is undertaking numerous projects worth Rs20 billion for the uplift of the people of Gwadar.

The official said that the Balochistan government is inviting investors to Gwadar for the generation of revenue which can help Gwadar transform into an economic hub of the region.

The official said that a 250-km-long road network has been laid in Gwadar to facilitate smooth traffic. The official added that Gwadar industrial zone would comprise of three parts while an education city and a diplomatic zone would also be established in the port city.

The official informed that under the 2050 Master Plan, the issues of water and electricity for the people of Gwadar would be resolved by the end of next year (2022). They added that work is in full swing on a desalination plant, which will convert five million gallons of seawater into drinking water and a 300 megawatts coal-fired power plant. Both the projects will be functional by January 2023, the official added.

The official said that over 40 Chinese companies have pledged to invest in the first phase of SEZ under CPEC at Gwadar Port while another 200 companies have registered with the China Overseas Ports Holding Company (COPHC) for further investments in the first SEZ.

With this investment, the first phase of the SEZ has been completed,

The official explained that future investments in Gwadar Industrial Zone would include new industrial units, including textiles, chemicals, automobiles and mobile phones, which will create more employment opportunities for the local people.

The official, when asked, rejected the notion of delays in the CPEC, saying that work on CPEC is in full swing and there are no impediments as the government of Pakistan is extending full cooperation.

The official further stated that, despite the coronavirus pandemic, the pace of work has not slowed down on CPEC projects and many such projects have been completed ahead of time. The official added that after the completion of CPEC, Gwadar will become the largest port in the region and an important economic hub in the world, which would benefit various countries.

The official said that Gwadar Port is fully operational and cargo ships have started arriving and added that a liquefied natural gas terminal will also be established at the port soon.

The official concluded that CPEC is a great economic project and it is a symbol of the cohesive relationship between Pakistan and China and a testament to our friendship.