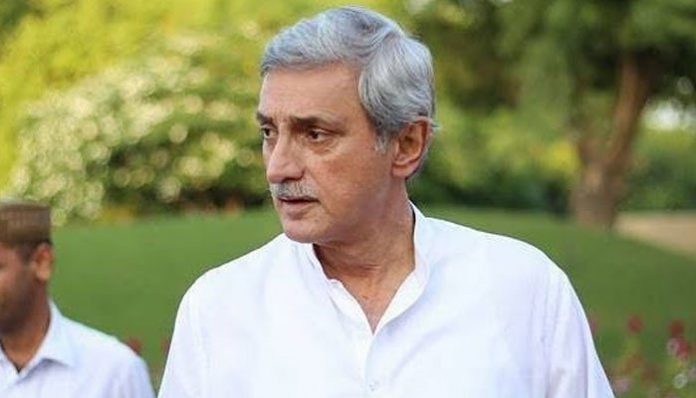 ISLAMABAD: In a new twist to the ongoing battle lines drawn for the upcoming Senate elections, disgruntled leader of Pakistan Tehreek-e-Insaf (PTI) Jahangir Khan Tareen has jumped into the foray and has started lobbying for PTI candidate and Finance Minister Dr Abdul Hafeez Shaikh.

A fierce contest is expected between oppositions joint candidate for the seat of federal capital Yousaf Raza Gilani and PTI’s Hafeez Sheikh for the upcoming Senate elections.

A well-placed source told Pakistan Today that PTI leader Jahangir Tareen has reconciled with Prime Minister Imran Khan and has started taking interest in the party’s affairs. The source said that Tareen also has started maneuvering for PTI candidate Shaikh in the Senate.

Reportedly, Tareen has also contacted Shaikh by phone and assured him of his support, and both of them discussed strategies for Senate elections.

Furthermore, Tareen has also denied all rumours about his contacts with Gilani and the claims that Tareen was supporting the Pakistan People’s Party (PPP) senior leader. According to the source, former premier Gilani has also started contacting disgruntled PTI members from South Punjab.

In this regard, Pakistan Today learned that government ministers are also in touch with Tareen, and all are working together to convince the angry members of PTI to return to the party fold.

In the second phase, the source said, Tareen will also liaise with members of the Pakistan Muslim League-Nawaz (PML-N) and Pakistan People’s Party (PPP).

Last month, Federal Minister for Defence Pervez Khattak had denied media reports of PTI stalwart Tareen being brought back into the party’s fold to take over responsibility for election candidates in Punjab.

While addressing the media after a surprise inspection of the Peshawar BRT office, Khattak had said in response to a question that reports of Tareen being given responsibility for currying favour with candidates in Punjab again were incorrect.

“That is wrong propaganda, Jahangir Tareen is nowhere to be seen, our numbers [of candidates] are full and there will be no buying and selling [of candidates],” Khattak had said at the time.

During a party meeting chaired by PM Imran last month, Tareen came under discussion wherein PTI leader Raja Riaz had come out in Tareen’s support and had said that he should be “appointed as chairman for the committee on Senate elections in Punjab.”.

“Jahangir Tareen’s services for the party cannot be forgotten,” Riaz had asserted.

The PTI strongman had ended his self-imposed exile in November of last year, after having moved to London after the decision of the Sugar Inquiry Commission.

Tareen reportedly decided to return after a positive message was sent by Prime Minister Imran.

Known for his acumen and sharp political skills, Tareen is credited by his allies and foes both for helping the PTI for several years when there was hardly anyone else around to do the heavy lifting. He is credited with spending his own money to help the party gain media mileage and to make inroads in other parties ahead of the general elections two years ago.

Gwadar Free Zone North to get electricity in 60 days

PML-N is not afraid of election: Talal

January 29, 2023
LONDON: A group of Muslims on Saturday gathered outside Sweden’s Embassy in London to protest the provocative burning of a copy of the Holy...