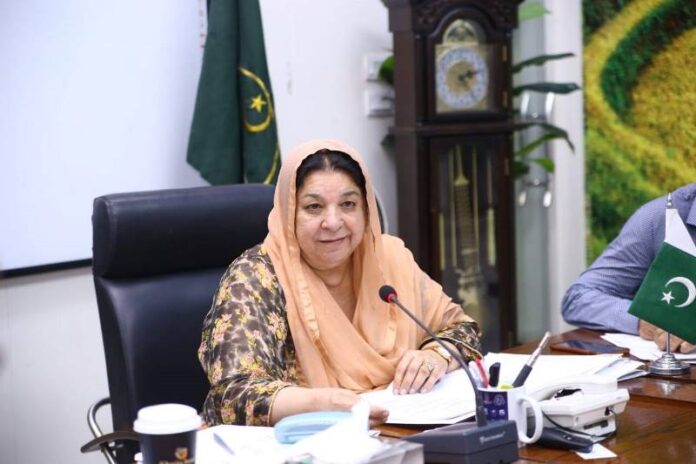 LAHORE: Punjab Minister for Health Dr Yasmin Rashid on Monday said the Punjab government would distribute Insaf Sehat Cards to all families of the province by March 31.

Talking to media, Dr Yasmin Rashid said that on the directions of Prime Minister Imran Khan and Chief Minister Sardar Usman Buzdar, “We are giving Insaf Sehat Cards to the people at their doorstep”, adding, “Through Naya Pakistan Qomi Sehat Card we are providing top quality medical services to people”.

Dr Yasmin Rashid said that transgender were also being given health cards, elaborating that thalassemia patients were also being provided Sehat cards for free treatment.

She said that Naya Pakistan Qomi Sehat card app was getting very popular, adding that so far over a million people had been registered at the app. She said that Pakistan Tehreek-e-Insaf government had considered the health of people important than bridges and roads.

Responding to a queries of journalists, the Health Minister said the government had reserved funds for Naya Pakistan Qomi Sehat Cards for next three years. She said all family heads must get their families data updated at NADRA.