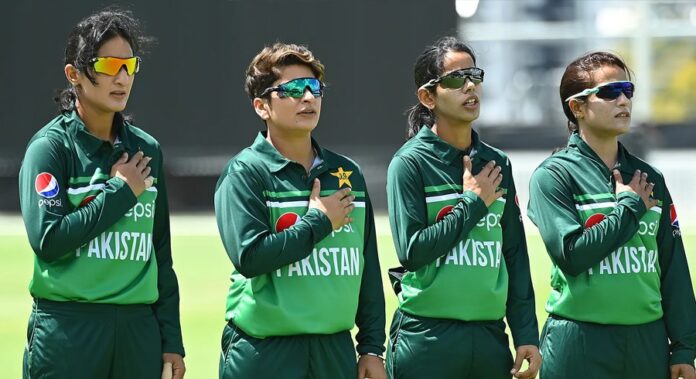 SYDNEY: Australia beat Pakistan in the first T20 International match of three-match series at North Sydney Oval ground. Pakistan set the target of 119 and all out in 20 overs. The host easily chased the target in the 14th over for two wickets loss. The second T20I will be played at Blundstone Arena in Hobart on 26 January while the third and final match of the series is scheduled to take place at Manuka Oval in Canberra on 29 January. With the ICC Women’s T20 World Cup 2023 in South Africa less than a month away from commencement, the series provides both teams an opportunity to try their combinations ahead of the mega event.

After emerging victorious in the ODI series comprehensively at their own backyard, Australia entered the series with their tails up. They have had a great run recently in the T20Is, beating India away from home 4-1 in the five-match series.

Meanwhile, Pakistan will be without their ace fast bowler Diana Baig, who got injured in the third ODI and will not be available for the side in the forthcoming T20I series and the ICC Women’s T20 World Cup. Pakistan will have the services of senior players like Javeria Khan and Aimen Anwar – both are available for the team for the T20Is against Australia and the ICC Women’s T20 World Cup.

Bismah Maroof-led Pakistan, seventh in the ICC Women’s T20I rankings, will be hoping that the change in format also brings a change in fortunes while taking inspiration from their impressive performance in the ACC Women’s T20 Asia Cup last year where the side not only defeated India, but also qualified for the semi-final.

Nida Dar, who today was named in the ICC Women’s T20I team of the year, said: “The ODI series has helped us to adapt to the conditions. In the third ODI we played well, but still there are areas where we need to work on. The T20I series against Australia will help us to prepare well for the ICC Women’s T20 World Cup.

“We have a good bunch of senior and junior cricketers in the squad, and will try to utilise this combination to get positive results.

“Obviously losing a senior player like Diana Baig is a setback for the team, but it is also a great opportunity for the young players to step up and grab opportunities with both hands. “We are extremely happy to see Pakistani people turning up to watch our matches in Australia; we hope they will come in the remaining matches as well to support the team which will motivate us to do well.”
Bismah Maroof (c), Aimen Anwar, Aliya Riaz, Ayesha Naseem, Fatima Sana, Javeria Khan, Muneeba Ali (wk), Nashra Sandhu, Nida Dar, Omaima Sohail, Sadaf Shamas, Sadia Iqbal, Sidra Amin, Sidra Nawaz (wk) and Tuba Hassan.