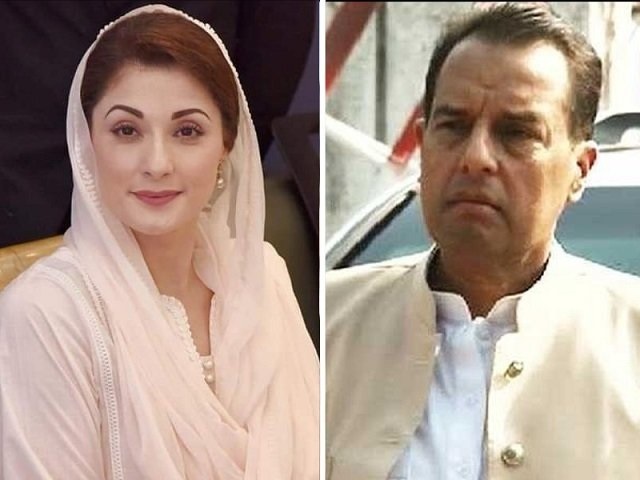 LAHORE: Confirming reports about expected return of Maryam Nawaz, her spouse Capt (r) Safdar Awan said on Thursday that Maryam Nawaz – the PML-N Vice President – will return to the country and her flight will land at Lahore Airport on 4:00pm on (Sunday).

Talking to media person here on Thursday, Capt (r) Safdar Awan claimed that the PML-N activists have started preparations to accord a red carpet welcome of their leader Maryam Nawaz on her arrival back in the country. He said the party has started mobilization of the party workers and contact with other party leaders.

On the occasion, he launched a broadside against some former generals, saying, “Intervention in politics has inflicted irreparable loss to the country. He blamed that former COAS’s intervention caused flour shortage in country. “Pervez Musharraf’s intervention inflicted irreparable loss to the country,” he said and added: “We will expose those judges and generals, who pushed Pakistan to the existing situation.” Capt Safdar said that Maryam Nawaz will return to Pakistan to expose those who had conspired against Pakistan.

According to earlier reports, PML-N activists have started preparations for warm welcome of Maryam Nawaz on her returning back to the country.

Earlier, Punjab Governor Balighur Rehman said in a statement that former Prime Minister Nawaz Sharif is returning to Pakistan next month while Maryam is also arriving soon. It is pertinent to mention here that Maryam Nawaz has left for London in October last year after getting her passport back from the Lahore High Court (LHC).

February 5, 2023
This refers to the letter ‘1971 in perspective', which, among other things, said 70 per cent of Pakistan’s revenue was generated from jute, “but...