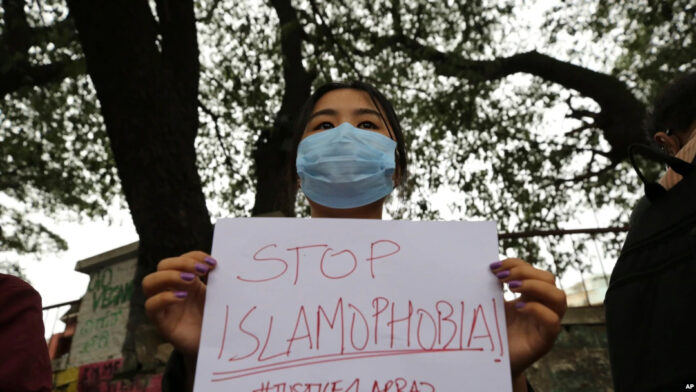 Indian Muslims constitute about 14.2 percent of India’s population (Census 2011). But, their contribution to the Lok Sabha and economic life is abysmal. The share of Muslims in the Lok Sabha, India’s 545-seat lower house of parliament, is in decline. Muslims have always been underrepresented here, but they are currently at a 50-year low. In the 1980 election, almost 10% of those elected were Muslim. In 2014 and 2018, it was less than four per cent. The Muslim candidates couldn’t register an impressive run in the India’s parliamentary elections as only 27 of them could make it to the 543-strong parliament (four more than the number of Muslim members, 23, in the last parliament).

Several Indian commissions of inquiry have tried to ferret out reason for miserable life of the Indian Muslims. For instance, the 2006 Sachar Committee Report commissioned by the Congress party–led government, identified many inequities for India’s Muslim society. The Indian government is opposed (November 14, 2022) granting Scheduled caste status to the Muslims to entitle them to some privileges.

They are too weak to be a threat to the dominant Hindu majority (79 percent). They even join Muslim munch (Muslim wing) of the Hindu extremist Rashtriya Swayamsevak Sangh to avoid wrath of persecution at the hands of the extremist Hindus. BJP-ruled Indian government is never short of grounds to persecute them on one ground or another to persecute them (Citizenship amendment Act and National Register of citizens, Muslim preachers as carriers of Corona virus, saying azan (prayer call) aloud) to disturb sleep of non-Muslims in vicinity, offering prayers in open space or in houses, and so on).

At Haridwar, a so-called Hindu religious assembly exhorted Hindus to buy the latest arms and ammunition to kill Muslims. India’s Supreme Court, though ostensibly secular pronounce judgments that are against common beliefs of Indian Muslims. For instance they declared a mosque inessential to Muslim worshipping, non-necessity of hijab, Muslims offering prayers in open space at Gurgaon and even those praying in congregation within houses were beaten up. A Muslim could be lynched even for wearing a prayer cap. Hindus are exhorted not to buy goods from Muslim vendors on the streets.

Discrimination: In January 2022, Gregory Stanton, the founder of Genocide Watch, publically warned that

India could very well be sprinting into genocide of Muslims, comparing the situation to the environment in Rwanda in 1994. He drew comparisons to the current situation in India; the time period just prior to the mass violence that erupted in Rwanda, resulting in deaths of over half a million Tutsis, or 70% of the Tutsi population. Stanton utilised 10 Stages of Genocide as a rubric to investigate the current state of affairs in India.

The ICJ has also stated that the prohibition of genocide is a peremptory norm of international law (or jus cogens) and consequently, no derogation from it is allowed.

United Nation’s day against genocide: Each year, on the ninth day of December, the United Nations observes the UN Day of Commemoration and Dignity of the Victims and Crimes of Genocide. As usual, the Day comes and goes by quietly with a few perfunctory functions. The genocide underway against Indian Muslims in riots, lynching, etc needs to be focused more keenly before the advent of the day.

Codification as a “crime” Genocide was first recognised as a crime under international law in 1946 by the United Nations General Assembly (A/RES/96-I). It was codified as an independent crime in the 1948 Convention on the Prevention and Punishment of the Crime of Genocide (the Genocide Convention). The Convention has been ratified by 149 States (as of January 2018).

Elements of “genocide” In the present Convention, genocide means any of the following acts committed with intent to destroy, in whole or in part, a national, ethnical, racial or religious group, such as: (a) Killing members of the group; (b) Causing serious bodily or mental harm to members of the group; (c) Deliberately inflicting on the group conditions of life calculated to bring about its physical destruction in whole or in part; (d) Imposing measures intended to prevent births within the group; (e) Forcibly transferring children of the group to another group.

Stanton’s prediction: According to Dr Gregory Stanton, the founder of Genocide Watch “India has all of the preparatory stages for more genocidal massacres”.  Dr Stanton had predicted a genocide in Rwanda years before it took place in 1994. Now he has warned of an impending genocide of Muslims in India, comparing the situation of the country under the Narendra Modi government to events in Myanmar and Rwanda.

Analysts believe that India is becoming a Hindu Rashtra where Muslims will be forced to live as second-class citizens and will be persecuted and murdered. The WIRE dated May 08, 2022 reported that “The Bharatiya Janata Party (BJP) MLA Mr. Hari Buhushan Thakur Bachaul on Saturday May 7, 2022, said that “Muslims should be set ablaze just as Hindus burn Ravana effigies during the festival of Dussehra”.

“Islamophobia is central to this process, which is occurring at both a top-down and bottom-up level, as Hindu nationalists across the country have been emboldened by the right-wing BJP-led government— both share the same goals of remaking India as a homeland exclusively for Hindus,” the report claims.

The 40-page report alleges that India has experienced a dangerous rise in Islamophobia over the past decade. “The rise in this bigotry has largely come into being with the election of Prime Minister Narendra Modi and his Bharatiya Janata Party (BJP), a right-wing Hindu nationalist party,” it says.

According to Gregory Stanton’s 10 stages of genocide, the eighth stage includes expropriation, forced displacement, ghettos, and concentration camps. The 9th stage is mass killing, so the report claims India is entering the stage of mass killing of Muslims.

Concluding remarks: India eminently qualifies to be an offender of “genocide”. The government abets mass murder of the terrified minorities in riots. Occupied Kashmir has been turned into a Guantanamo Bay prison (Mehbooba Mufti). 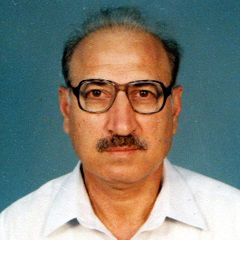