From PSP to PSG

The police remains a colonial tool of dominance 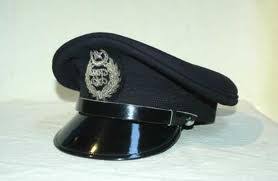 Senior police officers come from the Police Service of Pakistan (PSP), a federal appointment carried out through the Federal Public Service Commission. Officers of this service are then assigned to the provinces for maintenance of law and order. As a colonial arm of control, the force was not created to serve.

Under the PSP officers the rank and file of the force are recruited by the department itself. The police stations are controlled by the Station House Officers (SHOs), who at one time lived in-house but not any more. FIRs (First Information Reports) and other complaints are lodged with the area stations.

The SHOs enjoy unlimited powers, which despite several reviews and reform recommendations, have never been curtailed in the last 75 years. In the famous Corneluis Commission Report, the unlimited authority of the SHOs was covered at length for a transition from a colonial to a democratic state law enforcement agency. Unfortunately, the coercive approach prevails till today requiring major reforms.

To make the matters worse, military dictators relied on the force to extend their support which did not exist in the public.  The police became a mistress of powerbrokers, which started to work against the interests of the people they were required to serve. Ayub Khan, the first usurper, discovered a dismissed ‘constable in Gujrat to be his henchman in Lahore which was then the capital of West Pakistan.

Chaudhry Zahoor Elahi was given the task to convert PSP into Police Service of Gujrat (PSG). It was through PSG that the dictator kept his grip over power. It was Madare Millat Fatima Jinnah who first challenged the coercive state apparatus of the dictatorial regime in the; presidential election of 1965, followed by the students’ movement in 1968 when the usurper started to celebrate his decade of progress. There were pitched battles between the youth and PSG on whose support the dictator relied. By March 1969 he was gone, to be replaced by his appointed Army Chief Agha Muhammad Yayha Khan.

After the elections in 1970 followed by the break-up of Jinnah’s Pakistan in 1971, Zulfiqar Ali Bhutto (ZAB) came into power in the Western Wing. In his very opening speech ZAB warned the police force to behave and give up their coercive methods. He called it ‘ Zulum or Police Gardi ‘ which had left marks on his back.

Now that first-hand lessons have been learnt, hopefully IK will go out for major reforms in the administrative structure of the country once he is back in the corridors of power. Only by strict adherence to the constitution, ‘ Azadi ‘ can be ensured and protected. Police should protect and serve, not indulge in plunder and crime.

Instead of reforms to serve in a democratic set-up, the PSG decided to go on strike in Punjab and KPK (NWFP then). The two young Governors (Mustafa Khar and Hayat Sherpao) rejected their blackmail and threatened them with mass dismissals. The ‘Awami Hukamat’ as it was called introduced reforms to control ‘Police Gardi ‘, PSP was restored to a great extent. Elected representatives of the people started to watch the interests of the public.

With the return of the third usurper in July 1977, the ‘ Coercive Force ‘ was restored. Discredited characters in the force, like ‘ Halaku Khan and Abid Boxer, were back in the mainstream. Mian Nawaz Sharif was given the task of converting PSP to Police Service of Gawalmandi (PSG II). All the notorious bad characters of Gawalmandi were recruited in the force in the 1980s, the pattern of the 1960s of Gujrat was repeated for the second time.

The Punjab Police today is in fact a ‘ Gawalmandi Militia ‘ loyal to the King who created them. PSP now has shades of both Gujrat and Gawalmandi well serving their real masters, the Chaudhrys of Gujrat and the Sharifs of Gawalmandi. In order to restore PSP a major purge is required starting from the Police Act of 1861 that remains in vogue till today in the Islamic Republic of Pakistan. Respect for fundamental human rights as defined by the constitution have to be enforced in letter and spirit.

Police cannot refuse to register an FIR. It can then investigate and remove names of individuals falsely accused. It’s a constitutional guarantee that cannot be overruled. In the 1970s, Ahmed Raza Kasuri registered an FIR aginst the murder of his father in which the sitting PM was accused. ZAB was sent to the gallows on the basis of this FIR. Imran Khan (IK), the most popular leader of his times and former PM. has not been able to file the FIR on the attempt on his life in the November 3 ambush at Wazirabad. It was not only a serious security lapse but the resistance to register an FIR against the accused individuals clearly indicates disrespect for the Constitution and rule of law. While the imported PMs misused the police force for personal gains those who followed underestimated their evil designs. The largest province of the republic has the worst track record of relief to the public. The entire civil administration, including the law enforcement agencies, are both incompetent and corrupt to the core. The ‘ Sharif Influence ‘ runs deep in the province which has to be tackled.

While IK succeeded in introducing major reforms in the police force in KP he could not apply the same formula in Punjab. Ex-IG Nasir Durrani was given the task to reform the Punjab Police, as they are called. but the resistance was overwhelming. He had to step down.

Earlier. Abbas Khan, another upright officer of the force, held a press conference while serving as IGP Punjab in which he highlighted the inclusion of criminals in the law enforcement agency. According to him, outlaws were tasked with law-enforcement. At the time of partition we inherited a corrupt force. Today the public has to deal with criminals in uniform; it is the worst combination of corruption and incompetence that the people have to endure. Nasir Durrani is not amongst us today, I am sure Abbas Khan can be called in to clean the mess that he had identified decades ago during his tenure as IGP Punjab.

Now that first-hand lessons have been learnt, hopefully IK will go out for major reforms in the administrative structure of the country once he is back in the corridors of power. Only by strict adherence to the constitution, ‘ Azadi ‘ can be ensured and protected. Police should protect and serve, not indulge in plunder and crime.

The Supreme Court’’s taking suo motu notice of journalist Arshad Sharif’s murder in Nairobi may be a case of too little too late. An...
Read more

December 9, 2022
ISLAMABAD: Finance Minister of Khyber Pakhtunkhwa, Taimur Saleem Jhagra has said the provincial government would be facing a shortfall of Rs155 billion due to...