Third World traces its woes to the First 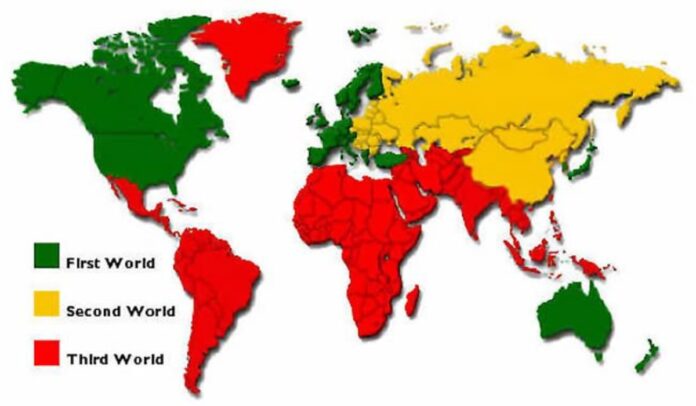 In the midst of the audio leaks emanating from an anonymous hacker, the discovery of the conversation between the former Prime Minister of Pakistan, Imran Khan and his principal secretary has prompted the PTI to claim that its claims of American intervention stand vindicated. Few in the party would have thought of taking another look; that the supreme leader of the party was ordering his PS to be cautious in using the name of the USA, but pushed for crying “conspiracy”.Crux of the matter; it is fine to abuse others for faults within, but do it hypocritically.

The situation in Iran and Pakistan might be neutralized for the short term. However, that management can at most be called the phenomenon of pushing the issue beneath the rug and presuming that “all is well”. Such situations gradually cause implosion of the system in the long run. As things turn out in Pakistan; the situation might again revert to “business as usual”. However, the hard truth is that the issues which might have been exploited for coups and counter coups, will remain there as they are. Likewise, in Iran, people might again go home to live the routine lives. But, the two systems referred to above will without doubt be going down the hill, towards ultimate collapse. Soul searching, accepting faults and correcting the same can be the only way out of the developing quagmires in Pakistan and elsewhere

The take-home for the dear readers and the analyst are somewhat different insights. Foreign interference, especially from the white-skinned English or Americans, still sells in the countries of South Asia or West Asia. Whether it is Pakistan, India or Iran; the “Gora Sahib”, the “firangi” as the Persians used to call the British, still calls the shots when something undesirable happens in their countries; even when 75 years have passed since the British formally left South Asia, 44 years have passed since the US strategic presence in Iran came to nil, or went to Turkey, where a pro-US military is little more than a cadre reporting to the Caliph reinvented in Tayyab Erdogan.

As things stand, the first wave of protests in Iran seems to have receded, yet the anger on the street remains. Despite the fact that regime insiders have pointed out that the controversial Hijab law was promulgated much later in 1983, four years after the revolution and it was more the work of the executive branch of the government then had to do anything with the elite supreme leadership of the revolution; its after-effects through the reaction of the younger generation are still decoded as a “foreign conspiracy”.

The option exercised by the government in Iran; calling for counter demonstrations; which were incidentally populated by womenfolk adopting casual hijab (tresses of hair visible beneath the scarf or Mantoo). Here it may be pointed out that apart from the investigation into the killing of the lady Mahsa Amini, there was no conscious effort on part of the government to initiate dialogue over the issue. Its approach has been typically the paranoid one; not different from the past practices of Middle Eastern dictators; who see foreign hand in every question mark raised over the conduct of governance.

As a matter of fact, players like football icon Ali Karimi and actors like Shahab Husaini, are being unsuccessfully investigated for foreign links. One anchor, Mehran Modir,i sensing the paranoid nature of the Iranian established order, thought it safe to leave the country. The crux of the matter, is that Iranians’ aspirations are not being decoded properly by the establishment there and the likely outcome is going to be the widening gulf between the rulers and the ruled.

Now take a look at Pakistan. The country has been governed by an established order, whose likes and dislikes determine who is going to be the next prime minister. Similarly, what shape and direction the economy or the foreign policy is going to take, is also determined by that minority clique. Pakistan has been going downhill since 2008 in one way or another. Its economic recovery has been a distant mirage; never realized. Consequently, the incidence of poverty has increased and so has the gulf between haves and have-nots. Pakistan is at war or slow attrition with most of its neighbors. Despite being part of SCO, ECO abd the clinically dead SAARC, its current account deficits make it go to the discount window of IMF now and then.

If the economic isolation was not enough the last PTI government single minded focus on accountability made it next to impossible to make the economy take off. The established order was fine with the economic slump, until the clash of personalities prompted the abrupt change of guard. That change of guard was to prove even more devastating.

If the PTI regime of change was instrumental in driving away the investor through harassing anyone who could earn enough; the PDM government triggered a massive cost-push inflation regime; which literally broke the back of any economic revival.

The withdrawal of subsidy, coupled with an uncontrolled dollar regime, made it impossible for the common man to go about his consumption cycle; a cycle so critical to the economic growth cycle in turn. The cumulative impact of the governments since August 2018 has been a system; where complete dependence on the IMF is the only way, and that is happening.

For a layman; who is susceptible to radical slogans, especially emanating from the religious right or even from the right-wing parties like PTI, the narrative is filled with the assumption that all that is happening “ill” is the misfortune imposed from the West. No doubt neo-colonialism which took over the world in the form of westoxication is to blame; however, arguing that the local or domestic factors were not at work for the devastation within is a wrong assumption.

Here it may be clarified that the narrative discussed in the article is not an apology for the West nor is it an attempt to tone down the anger. The fact is that the societies in West Asia as well as in South Asia, despite the fact that they wrested away the controls from the West, Pakistan in 1947, Iran in 1979 and Turkey in 2002 when Islamists took over the reins of the Turkish state, the succeeding systems have been plagued with the desire to blame everything on the external elements. That mentality has given rise to not addressing the problem as it should be in a normal environment, rather finding a scapegoat for the same.

In the specific case of Pakistan, the separation of East Pakistan, the alienation of the Balochi political currents from Pakistan, the Muslim minorities fancying co-religionists elsewhere and even volunteering their lives for the geopolitical goals of distant states are blamed by the elite establishment as the instances where it is argued that it were not the weakness of the system in addressing the grievances, rather it were the crafty foreign powers which played havoc and are still engaged in dismantling Pakistani nationhood.

In Iran, a society which has transited from an old regime culture to a new culture and has produced possible results in the process, the new regime instead of encouraging soul searching has opted for a jingoistic mindset; and has a victim mentality. Today, after the fresh wave of protests, the establishment there has opted for the iron hand under a preconceived solution. There is no debate in sight. The 30 or so MPs in the Majlis, who only privately thought to do away with morality police, have been neutralized by a government-managed crowd.

The situation in Iran and Pakistan might be neutralized for the short term. However, that management can at most be called the phenomenon of pushing the issue beneath the rug and presuming that “all is well”. Such situations gradually cause implosion of the system in the long run. As things turn out in Pakistan; the situation might again revert to “business as usual”. However, the hard truth is that the issues which might have been exploited for coups and counter coups, will remain there as they are. Likewise, in Iran, people might again go home to live the routine lives. But, the two systems referred to above will without doubt be going down the hill, towards ultimate collapse. Soul searching, accepting faults and correcting the same can be the only way out of the developing quagmires in Pakistan and elsewhere.