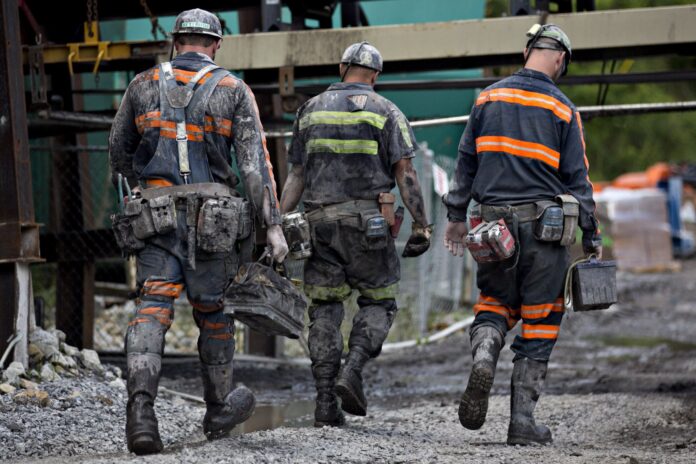 While pundits will be focused on which party retains control of the Senate and Congress, there is a deeper issue at stake in this election: the polarization that has made our political system dysfunctional. Because Democrats and Republicans speak only to their “base voters” the divisions only become deeper with each election. For Democrats, the problem is that they have not only lost the support of many white voters, but show little interest in making the changes that will win them back.

In 1984, both President Ronald Reagan who was running for re-election and his challenger, former Vice-president Walter Mondale, appeared before the National Italian American Foundation dinner. Mondale was accompanied by his running mate, Congresswoman Geraldine Ferraro, an Italian American. Mondale’s speech was a string of “I’m for this or that” and was met with an unenthusiastic response. In fact, his only applause lines were when he mentioned his running mate’s name.

Reagan began his remarks with “My grandmother, like yours, came to this country with nothing but her hopes and dreams for a better life and the determination to work hard to improve her lot in life. I stand before the inheritor of her dreams and the beneficiary of her hard work.” When he finished, there wasn’t a dry eye in the room because the Hollywood actor had let them know that he understood their story. I left upset, because Reagan gave the speech that Democrats had always given and Mondale demonstrated that he, like too many other Democrats, had forgotten how to connect with the very voters that once had been the backbone of their party.

The issue wasn’t race, per se, rather it was the feeling of having been abandoned and vulnerable that had enabled Republicans to exploit race, immigration, or cultural change as reminders of their fear of being ignored by Democrats and left behind.  A recent University of Maryland poll found that “white Americans see an increase in discrimination against other white people and less against other racial groups.” More than just a lack of empathy, poorer whites feel a sense of abandonment.

During the Clinton Administration, I was invited to a chat with the President. I began by telling him about my old neighborhood in Upstate New York. It was largely Italian American and immigrant, with three generations living in two-family post-war duplexes. Most had good union jobs in the cotton mills a few blocks away. When the mills closed and moved their operations overseas, thousands lost their livelihood and were forced to move looking for alternative employment.

Extended family ties severed as older folks were left behind. And nuclear families were also threatened by looming economic disaster. Homes were abandoned and left to disrepair as the  city’s population dropped from 100,000, to 58,000. When I asked Clinton what could be done about this, his immediate response was, “we’re never getting those jobs back. Instead we have to invest in continuing education and retraining in high-tech jobs.” I was startled since it was clear that he had never met my 50 or 60 year old neighbours and his flippant answer showed no understanding of or compassion for their plight and needs.

During the 2008 elections, I had a prominent Republican conservative activist on my TV show. He was making the traditional Republican arguments about lower taxes, cutting government, and deregulation, when I asked him “if that’s the case, why do your candidates spend so much time railing against abortion, immigration, and racial justice.” He responded, “Those are shiny objects we dangle in front of angry voters to win their support, so we can win elections in order to pursue our economic policies.”

Then in 2014, after Democrats had suffered terrible losses nationwide, I was at a meeting of the party leadership where the party’s pollster made a presentation of the results. He noted that the election wasn’t as bad as some thought because Democrats had won handsome majorities of its base vote – which he spelled out to mean young people, educated women, and Black, Latino, and Asian voters. The problem was that despite winning these groups, Democrats didn’t win enough of them and so needed to spend more to turn out more of these voters.

Since I chaired the party’s council that represents voters of European and Mediterranean ethnic immigrant descent, I pointed out that by ignoring them, we had lost legislative elections in Midwestern states and that the impact of those losses would be devastating to all voters in those states. I asked that in addition to focusing on “our base” the party directed more resources toward winning their votes, as well. His response was “We can’t waste money on groups that aren’t ever going to vote for us.”

The point is that Democrats lost touch with white ethnic voters and like the Republicans were pursuing their own version of “either-or” politics.” They spoke to liberal “elites” and their “base,” but ignored or insulted others. As a result they left the field wide open for Republicans to prey off the fears of the white working class to win their support. They were losing jobs, seeing the values they had been taught to believe now called into question, feeling the “American Dream” that had inspired them was now beyond reach and that Democrats weren’t paying attention to them. The issue wasn’t race, per se, rather it was the feeling of having been abandoned and vulnerable that had enabled Republicans to exploit race, immigration, or cultural change as reminders of their fear of being ignored by Democrats and left behind.  A recent University of Maryland poll found that “white Americans see an increase in discrimination against other white people and less against other racial groups.” More than just a lack of empathy, poorer whites feel a sense of abandonment.

This November, Democrats have a chance to turn this around. In Pennsylvania and Ohio they have nominated candidates, John Fetterman and Tim Ryan, who speak to the frustrations and aspirations of white working class voters. Although their policies differ, as Fetterman is somewhat more politically progressive than Ryan, both address themselves to the needs of those who’ve lost jobs and are struggling with a changing economy. They haven’t abandoned critical issues like women’s rights and racial equity, but present them in the context of policies that are good for everyone. That is the way forward for Democrats both to defeat Trumpism and become a party that can govern in the best interests of all Americans.