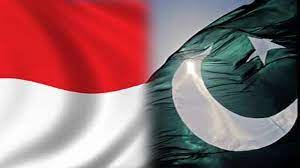 ISLAMABAD: Ambassador of Indonesia to Pakistan Adam Mulawarman Tugio Wednesday expressed his country’s desire to work with the housing sector in Pakistan.

The ambassador in a meeting with Federal Secretary, Ministry of Housing and Works Iftikhar Ali Shallwani discussed matters of mutual interest.

Both the sides talked over similarities between Indonesia and Pakistan within the realm of history, culture, religion, as well as education.

They agreed to further enhance collaboration and contribution to bilateral relations between the two countries.

Secretary Housing extended a cordial invitation to Adam Mulawarman, to attend the upcoming first International Housing Expo-2022 to which he extended his support and pleasure and expresses his country’s participation.

He offered condolences on the loss of life due to unprecedented monsoon rains in the country.

December 10, 2022
DOHA: Croatia battled past tournament favourites Brazil 4-2 on penalties on Friday to reach the World Cup semi-finals following a 1-1 draw over 120...