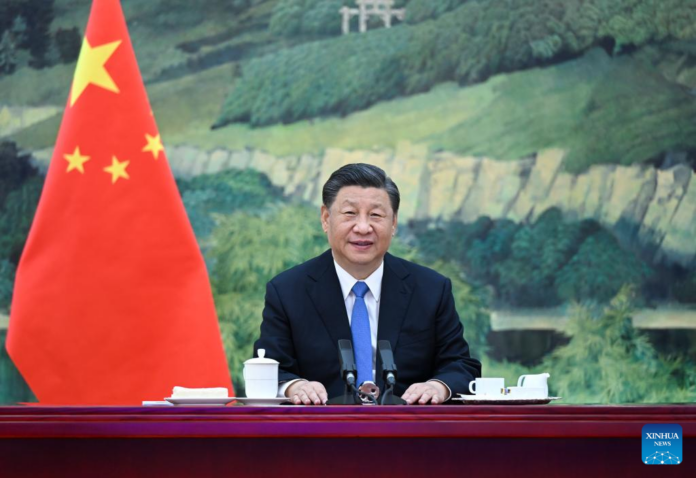 President Xi Jinping will attend the 22nd meeting of the Council of Heads of State of the Shanghai Cooperation Organization (SCO) in the Uzbek city of Samarkand and pay state visits to Kazakhstan and Uzbekistan from September 14 to 16, the Chinese Foreign Ministry announced on Monday.

The Council of Heads of State, the supreme body of the SCO, meets once a year to determine priorities and define the major areas of the organization’s activities.

Launched in the Chinese city of Shanghai in June 2001, the SCO now has eight full members, including its six founding members: China, Kazakhstan, Kyrgyzstan, Russia, Tajikistan and Uzbekistan. India and Pakistan joined as full members in 2017.

The Chinese president will also “pay state visits to Kazakhstan and Uzbekistan” from Wednesday to Friday at the invitation of Presidents Kassym-Jomart Tokayev and Shavkat Mirziyoyev, the foreign ministry said in a statement.

The SCO is made up of China, Russia, India, Pakistan, as well as four Central Asian countries — Kazakhstan, Kyrgyzstan, Uzbekistan and Tajikistan. The summit in Samarkand, a stop on the ancient silk road, will take place on Thursday and Friday.

Putin and Xi last met in early February in Beijing ahead of the Winter Olympic Games, days before the Russian president sent troops into Ukraine. Beijing has not condemned Moscow’s interventions in Ukraine and provided diplomatic cover by blasting Western sanctions and arms sales to Kyiv.

India’s Prime Minister Narendra Modi will also take part in the summit in Samarkand, the Indian government said Sunday, without saying whether Modi would hold bilateral talks with Putin or Xi.

India’s relations with China have been frosty since fighting in 2020 on their disputed Himalayan border left at least 20 Indian and four Chinese soldiers dead. Modi and Xi have not held bilateral talks since 2019.

Prime Minister Shehbaz Sharif, who took over as leader in April, will also attend the summit, a foreign office official who asked not to be named told AFP.

China is Pakistan’s closest economic ally, although relations have strained recently over the scaled-back CPEC project and attacks by separatist militants on Chinese nationals and interests.

The trip will be Xi’s first outside China’s borders in more than two and a half years. The Chinese president last went overseas in January 2020 for a state visit to Myanmar. A few days after his return, the entire city of Wuhan was locked down over a Covid outbreak.

Since then, Xi has largely conducted his diplomacy virtually. But in February, he received several foreign leaders during the Beijing Winter Olympics — his first in-person meetings with heads of state since the pandemic.

Xi is readying for a pivotal twice-a-decade Congress of the ruling Communist Party in October, where he is widely expected to secure an unprecedented third term as president.

The event, which opens on October 16 in Beijing, will also unveil a new top leadership lineup and likely consolidate Xi’s hold on the party.

Formerly Cold War allies with a tempestuous relationship, China and Russia have drawn closer in recent years as part of what they call a “no limits” relationship acting as a counterweight to the global dominance of the United States.