The State is transferring ‘Legitimate Monopoly of Physical Power’ to individuals

Is the state abdicating its responsibility? 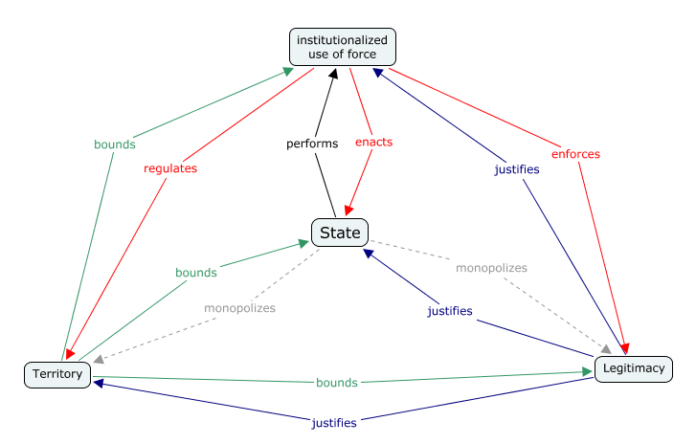 I am carrying the burden of “courage to know” for the last 40 years and have paid a heavy cost for this conviction. My memory lane passed through the Oval, the Logia, and cool corridors of the old building, and ends at room number 34 where I had my first class in Government College (GC) Lahore which was a lecture of English and my first teacher in government college was Karimuddin Sheikh. He was the man who injected the college motto of “Courage to Know” into me that led me to explore whatever I did not know and this probe is still continued. Knowing that awareness is a curse and ignorance is a blessing, the quest for knowledge does not stop once someone tastes its pleasure.

My career in journalism started before I left Government College in 1989. Having a degree in political philosophy, the first decade in journalism I tried to understand the philosophy of politics in Pakistan, and the next decade I spent accepting the acrimonious authenticity I found in the quest for the courage to know what drives politicians to join politics; bureaucrats to join the bureaucracy; an army official officer to opt for the duty to protect the motherland, a police officer to choose uniform and a judicial official to join the judiciary.

Whenever you meet anybody who serves the power delegated by the State, he or she will usually tell you that he or she joined the power grid of the State in a quest to serve the country. Fewer of them will accept that power is all the more cunning because its primary forms can change in response to our efforts to free ourselves from its grip and the effort to free ourselves from its grip lures us to get more power.

Lord Acton, a British historian of the late 19th century said that power corrupts; absolute power corrupts absolutely. In the last four decades, I attended countless weddings of children of politicians, bureaucrats, army Generals, and judges that made them Ssamdhis (relatives of the child’s spouse) of each other. According to my understanding, they moved forward to consolidate already attained power.

Failed States, Collapsed States, Weak States: Causes and Indicators by Robert Irwin Rotberg indicates that states fail because of many reasons including internal violence, failure in delivering positive political goods to their inhabitants, and losing their legitimacy as an umbrella of protecting the population from social, economic, legal and physical exploitation of powerful individuals or groups. Are we moving ahead to this situation or have we already reached there?

When we study the “philosophy of power” as a student, we are taught that the philosophy of power is based on recognition of the dominance of law and uniformity in society. However, things are otherwise in reality because we see powerful individuals and groups are denying dominance of law and uniformity in society. To understand philosophical aspects of power, we should study the diversity of philosophical thoughts on power. From Plato’s Philosopher King to Thomas Hobbes’s State Power, even philosophers believe that power has the essences of sovereignty, unified control, and monopoly of the legitimate use of physical force.

French philosopher Paul-Michel Foucault while explaining Thomas Hobbes’s State Power dynamics says that the monopoly of the legitimate use of physical power is a real force of violence in the world, and not only state violence but corporate violence due to enormous condensations of capital. In Pakistan, the monopoly of legitimate use of physical power is being shared with groups and even individuals by the State.

The State provides legitimacy to powerful groups and individuals to exhibit and use physical power and the simplest example is the private security and guard system allowed by the State to gated housing societies and to powerful individuals roaming on road with their security guards while exhibiting the latest weapons and harassing common people. In the process of delegating “legitimate monopoly of physical power” to individuals and powerful groups, the State itself is becoming weaker day by day, though the State itself is run by these powerful groups and individuals directly or indirectly. One can say there is a fallacy of thought in this statement but actually, there is not if we keep the connotation and denotation of the definition of the “State” in our minds.

There are two most popular definitions of the State (though there are hundreds of definitions for the modern state). The first definition says that a state is a centralized political organization that imposes and enforces rules over a population within a territory. The second most popular is that a “State” is a polity that maintains a monopoly on the legitimate use of violence. Now we understand that the State is a faceless entity while individuals and groups have names and faces but they maintain a monopoly on power and they have been legitimized by the State to use this power.

Pakistan’s social system supports individuals to get hold over the two major and the foremost institutions of the State—- Thana (Police Station) and Kutchery (courts of law) and pressure groups have become so strong that they want to dictate courts for giving decisions of their choice and that we have seen in the Imran Khan Contempt of Court Case. Today’s State of Pakistan is not faceless— it has faces like Mr A, Mr B, Group A, and Group B.

Moreover, the discrepancies among the population, the strength of law enforcement agencies, and the strength of the judiciary are unbelievable. No State can ensure its writ over 222 million people with only 936,000 serving Armed Forces and 397,364 policemen. On the other hand, the unofficial/unconfirmed strength of private security guards provided by registered security agencies is over 3.2 million and if we add the strength of unregistered and personal security guards then the figure can jump to 4 million. Figures indicate that individuals and groups are stronger than the State if we talk about security issues.

The private sector (Individuals and groups) has already taken over the control of other services usually linked with the responsibility of the State like the Health sector, Education sector, housing sector, and transport sector.

I fear any group or individual can come forward and say that there is no State of Pakistan and I am afraid that institutions of the State would not have an appropriate response to contest this claim.

Failed States, Collapsed States, Weak States: Causes and Indicators by Robert Irwin Rotberg indicates that states fail because of many reasons including internal violence, failure in delivering positive political goods to their inhabitants, and losing their legitimacy as an umbrella of protecting the population from social, economic, legal and physical exploitation of powerful individuals or groups. Are we moving ahead to this situation or have we already reached there?