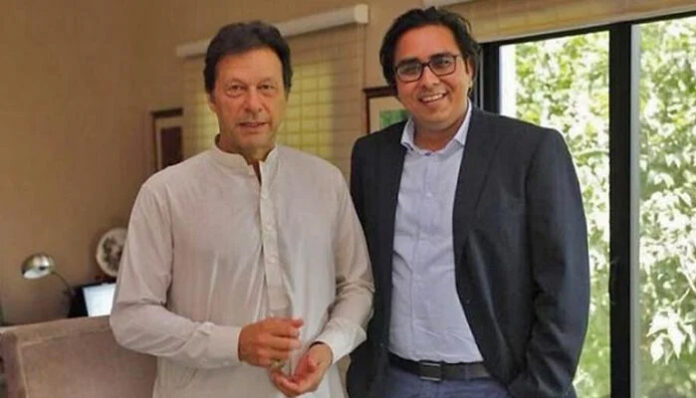 On August 31, the Islamabad High Court (IHC) was the focus of all political attention. A five-member larger bench was furious at the contempt of court committed by the Chairman of the Pakistan Tehreek Insaf (PTI), Imran Khan, who had also enjoyed a stint in power as prime minister for around three years. On August 20, during a public rally in Islamabad, Khan had publicly threatened an Additional Sessions Judge, Zeba Chaudhry, of consequences. Khan also said that the judge should be ashamed of her decision to overlook the police torture inflicted on Shahbaz Gill and that she should have granted bail to Shahbaz Gill.

It is not known how Khan came to know that Gill was tortured in the police custody despite the fact that the medical report said otherwise. Khan’s Chief of Staff, Gill, was accused of instigating a mutiny in the ranks of the Pakistan Army. Khan’s effort to raise a hue and cry was to deny the police the physical remand of Gill, who had been booked on sedition charges. As the medical report had not spoken of any physical torture, Khan went ahead with a new accusation that the torture was sexual. That is, sexual torture is a kind of torture not visible apparently, but existed organically on detailed internal examination.

Khan carved out the new excuse to serve the purpose of Gill, who took a few days to hide his embarrassment and to redefine what Khan meant by sexual torture. Unfortunately, the new excuse failed to serve the purpose. Gill, who had perfected the skill of feigning respiratory distress (such as an attack of asthma), is now free of asthma, and has been spending his days in jail under judicial custody.

That Gill was tortured and that too sexually was known only to Khan who unleashed all hell loose on the judiciary publicly to denigrate it for not letting Gill go scot-free. In the meantime, Khan had also been denied a meeting with Gill at Islamabad’s hospital, where Gill had taken refuge in the name of seeking medical aid. The consequent situation for Khan was a double whammy. Khan vented his anger through the speech of August 20 threatening both the judge and the Islamabad police with consequences. Precisely, it was the Gill episode that brought Khan to the IHC under the charge of contempt of court.

Khan and his cohort have also perfected the art of creating new excuses and expect that the rest of the world would fall in line with them to embrace the excuses. Any defiance is considered condemnable.

In his written reply, Khan constructed an excuse that he did not know that Judge Chaudhry was a judicial officer. He thought she was just an executive magistrate defying his orders. The misjudgment extended him all authority to reprimand her publicly. Khan admitted that it was his miscalculation. At the time of vocalizing the threat and condemning the female judge publicly, Khan was shorn of any option to ask his cohort about the exact status of the judge. Khan did not bother about that. Now, it has been revealed to him that she was a judge to protect whom the IHC could come into action.

In his written reply, Khan was ingenious to offer a choice. That is, as the crisis emerged out of his ignorance to know about the exact status of the female judge, he was ready to withdraw his words, if they were inappropriate. Interestingly, Khan shied away from declaring his voiced words inappropriate.

On August 31, putting the previous ferocity aside, the IHC took a lenient view and permitted Khan to submit a second response to the show cause notice, before proceedings started for contempt of court. Chief Justice Athar Minallah declared the submitted reply “disappointing”, destitute of any option of taking the uttered words back, and asked Khan to resubmit the reply to be heard on September 8.

The hearing of August 31 threw open two implied demands of the bench: first, seek an apology from the court of Judge Chaudhry, and second submit an unconditional apology to the IHC. The forgiveness sought from the female judge would be a prerequisite for seeking forgiveness from the IHC. It means that the IHC adopted a two-step approach to resolve the matter. A one-step resolution is not possible. This is the point where lies the rub. Khan is shorn of the habit of submitting an apology, especially to a woman. Nevertheless, the situation has come to naught: tender an apology or perish.

The saga of the contempt of court has diverted the media’s attention from the case of Gill, who is left to his own devices to carve out a path of coming out of judicial custody. The police have recovered an unlicensed pistol from his room in Parliament Lodges. Gill has failed to produce the license. It is like adding insult to injury. Gill has run out of excuses to evade the police, which are patiently dealing with the case and pushing it to its logical end.

Generally speaking, Khan and his cohorts assume that all state institutions have turned against them at the behest of the ruling coalition, the Pakistan Democratic Movement (PDM). Challenging institutions needlessly and under a false assumption is the PTI’s hallmark. What the PDM could not do, Khan and his cohort have been doing for themselves: sensing enemies all around (fighting against imaginary enemies) and inviting all unnecessary (otherwise avoidable) troubles. Khan and his cohort have also perfected the art of creating new excuses and expect that the rest of the world would fall in line with them to embrace the excuses. Any defiance is considered condemnable.

In short, Gill’s incarceration and Khan’s gaffes have radiated a message to the rest of the PTI: change behaviour towards the judiciary. To elucidate, the higher judiciary is intolerant of any insult to the lower judiciary. Further, without seeking an apology from Judge Chaudhry, Khan cannot be pardoned by the IHC.