PTI tries to adjust to life after the ECP verdict 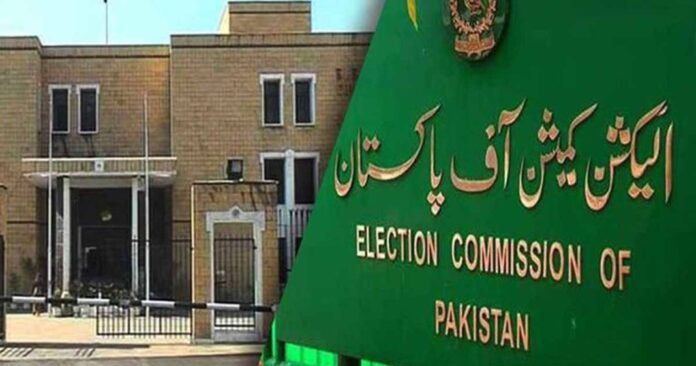 Is the worst over? What was apparently to be Imran Khan’s worst moment was seemingly over, as the foreign funding cse, or the prohibited funding case was announced by the Election Commission of Pakistan.

Though it was the final verdict in the case, there was an odd incompleteness about it. It seems to consist entirely of loose ends that are yet to be tied together. For a start, the Pakistan Tehreek Insaf has not been banned, and its fate left to the electorate. Before that, it is for the federal government to decide whether a reference is to be filed in the Supreme Court, which is the only forum that can ban a party for being foreign-funded.

The Political Parties Act is very liberal in one respect, in that it places nbo restrictions on a Pakistani individual donating to a party, but illiberal in prohibiting no corporate person, such as a company or an NGO, from donating to a party. It is also ultra-natioanlistic, in that it prohibits any party receiving any money from any foreign national, NGO, government or even foreign-registered company.

According to the ECP, the PTI took donations from foreign companies, as well as from individuals whose names said theory were not Pakistanis. Therefore, the PTI was in violation of the law. Though not a separate offence, some of the donors bore names which screamed Indian origin. It might be remembered that Imran sacked his third Finance Minister, Hammad Azhar, not just to accommodate his fourth, Shaukat Tarin, but also because hehadf chaired a meeting of the Economic Coordination Committee of the Cabinet which approved foreign trade. Perhaps the argument might be made that when the donations were made, India had not yet abolished Article 370A and changed the status of Occupied Kashmir, but it has not been made. It might be interesting to see if the same names cropped up in Indian political donations.

Imran’s first foray into collecting donations, the Shaukat Khanum Hospital, not just included donations from Indian expatriates, but saw a number of fundraising events at which Indian film stars were the star attractions.

His internationalism was also on show when he included a number of dual nationals in the Cabinet as special assistants and advisers. Indeed, his current chief of staff, Shahbaz Gill, is also said to have a US green card, putting him on track for US Citizenship. However, while this may be laudable from one perspective, it makes it illegal from the point of view of Pakistani law.

Another side-effect of the verdict is that the PTI now has an interest in the investigation into the allegations against Punjab CM Usman Buzdar and Ms ‘Gogi’ Farhat Shehzadi. The ECP verdict involves Imran too directly. It would be nice to have someone else trashed in public.

This internationalism may explain the sympathy for him among the Diaspora. Indeed, in a number of ways, he is a member of the Diaspora. However, that does not help him from the legal perspective.

It must be noted that Tehrik Insaf registered in the USA and the UK as companies so that it could collect donations, and pass it on to the party. However, while the original donations may have come from Pakistani nationals, they came into conflict with the law, because they were foreign-registered companies.

The scrutiny committee revealed a party in a state of financial disarray. If the disarrasy was because of incompetence, then some doubts arise as to the competence of the party chief in accepting those accounts. If on the other hand, the disarray was deliberate, because Imran and other senior leaders were using party funds for private purposes, as is being alleged by government spokesmen, then Imran is exposed as a cynic, one who is personally corrupt, yet campaigns on the basis of ending corruption. Doubts about competence are very serious, and lend weight tb to the government’s claim that he sank the economy during his stint in office.

Some sense begins to emerge from the PTI’s demand that other parties be investigated as strictly as it has been. Generally, that demand has been met with an agreement in principle, though that support rapidly dissipates when the PTI demands simultaneous investigation. The attitude of the PTI seems to be that it will not accept punishment for its misdeeds until other parties have been cleared

Itv should be remembered that a Pakistani politician once told an acolyte that since coming into politics, he had never even paid for so much as a pair of socks. T%hat attitude could be contrasted with the attitude of another politician, who possessed broad acres, and who simply sold a square of his vast holding every election. Imran’s miserliness is legendary, in that old companions of his playing days come forward and relate another tale of how he refused to spend. Would such a person spend on politics?

Other parties, if investigated, might show a similar pattern, where party leaders, who could operate the party accounts, would spend on themselves. Inadvertently, the ECP and the PTI may have combined explosively to unveil the Pakistani version of what is perhaps the most crucial dilemmas of modern democracy: how to finance elections.

There are two dimensions to the problem. One is making sure that money raised for an election is actually spent on an election. Giving donations is actually a subtle way of giving a bribe. That explains why the law does not permit companies or foreigners to donate to parties; it is to prevent lobbyists making donations to be heard. Then there is the elegant little US law which lets politicians keep money donated for an election, if they decide not to contest. Now if that is not open to bribery, then what is?

And even if the money is duly spent on the election, is there any reason why someone should be able to bend the ear of a lawmaker solely because he has deep pockets? This is something characteristic of capitalism, and explains why the law, especially taxation law, favours cxertain industries.

Then there are spending limits. These are never observed and the ECP has played an enabling role by accepting the candidate’s returns without sufficient scrutiny. What that means in the Pakistani context is that the legislator, no matter which party he belongs to, is going to enter the House as a law-breaker.

Both lobbyist and legislator are likely to combine to ensure that the laws made favour the lobbyists, and not for the common good. The ECP perhaps should not be faulted for failing to address these issues, for that was not what it was meant to do.

The PTI has been issued a show-cause notice to explain why the impugned money should not be confiscated. The ECP can neither disqualify Imran nor ban the PTI. The former can be done only by a court. The latter through a writ to the Supreme Court. Both steps are in the hands of the federal government.

The disqualification of Imran will probably be pursued by the PML(N), for any relief given to him could not be denied Mian Nawaz Sharif. The PTI will claim that it has not been damaged, that no one believes the prejudiced ECP. However, the biggest piece of evidence for ECP prejudice is the verdict itself, which serves to make comprehensible the recent PTI campaign against the ECP and the CEC.

Another side-effect of the verdict is that the PTI now has an interest in the investigation into the allegations against Punjab CM Usman Buzdar and Ms ‘Gogi’ Farhat Shehzadi. The ECP verdict involves Imran too directly. It would be nice to have someone else trashed in public.