Now that it can feed itself, Mankind seeks rights 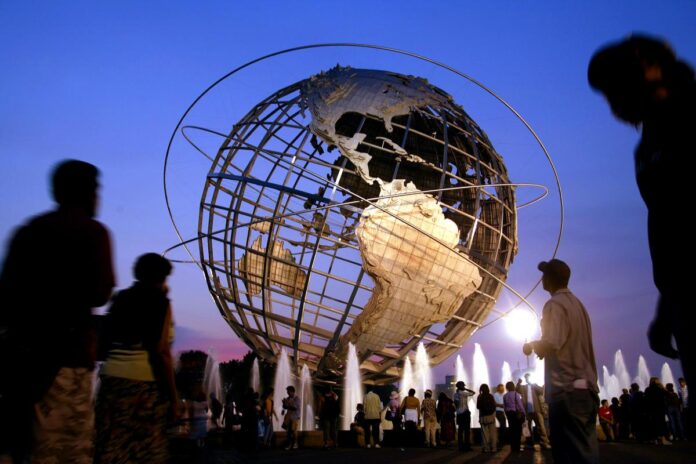 Over 10,000 years ago we started with survival based on food. Food was the main concern in history which is excessively accessible in the 21st Century if compared to hunter-gatherer societies.

We move from food to a battle of economic contradictions with a concentration of food and accumulation of resources. This was an iceberg tip in the historical evolution of our ancestors in the recent past. From food to economic contradictions, we moved to the battle for freedom and rights in recent centuries. We lost millions of lives in the struggle of institutional democracies.

All these ideas played an important role in the composition of societal structures. From Hegel to Karl Marx, and to Francis Fukuyama, we witnessed the changing dynamics of interpreting history. In the battle of ideas to develop consciousness, the battle of economic contradictions, and the stories of rights, humans constantly face diversity and variations in conceptual maturity.

In the 21st Century, the emergence of populism and elected autocracies are manifesting the changing attitudes of human beings from the ownership of freedom, rights, and democracies to the disowning responsibilities of democratic ideals due to computational psychology of the mind.

In the state of nature, humans have no incentives to raid or wage a war on another party because they had no concept of property and concentrated food surpluses. With the emergence of centralized states and empires, we witnessed throughout history the expansion of the states for accumulating food and resources. It is the reason that humans developed complex societies by understanding the diversity through expansion in the past.

Many scholars argue that the recent variant of illiberal ideologies is due to rising inequalities and inflation in many countries, but it is the normal and evolutionary stage of human consciousness which are in an attitude to jump into a new stage.

Food became irrelevant in history because the new adventure of humans was the controlling infrastructure and economic resources. After the mighty adventures of wars and fights, they entered the stage of economic contradictions. According to Karl Marx, It was the economic contradictions that were the locomotive force of history. Economic contradictions aided humans in developing more maturity in thoughts to control and manipulate other humans for manipulation and subduing them in history. As human beings have achieved enough capability to feed themselves they are concerned about their rights and liberties.

The contradictions from food to economies are synthesized into the struggle for rights. In the 16th century, the rays of Enlightenment penetrated the thinking abilities of human beings. Francis Fukuyama argued that equality is the final stage of human maturity in history. Humans started a new journey of winning rights and equality to get to the new stage of evolution. Steven Pinker argued that the concept of Life was cheap in history, due to which wars and fighting ideologies dominated humanity for more than 3500 years.

When a historical change in economies and advancement through industrialization was made, human beings came to know about the worth of their life as well as the life of other existing beings. This expanded the circle of empathy and mutual coexistence. Amidst this, all humans become ready to jump into a new stage where constitutional rights and institutional supremacy emerged as the essential components of history. During the 19th and 20th centuries, the struggle for absolute freedom and winning rights inherited from John Locke and Karl Popper was formulated as an inalienable part of the human evolutionary struggle.

After the Cold War, it became possible for human beings to enter the era of the End of History. This was the final stage for human beings to win complete freedom and liberty in the form of liberal democracies. Hegel and Francis Fukuyama’s claim vitalized into the force through all the subsequent results.

All the historical struggle of human beings was to win rights in the end. When they triumphed over the ideologies which prevailed in theThirty Years’ War, The Napoleonic Wars, World War I, World War II, and the Cold War, it was the era of democratic establishment. The deficit in democracies or the revitalizing grounds of ideologies that are more authoritative and sadomasochistic are visible from Hungary to the USA, and from Russian hegemonic provocation to China.

Many scholars argue that the recent variant of illiberal ideologies is due to rising inequalities and inflation in many countries, but it is the normal and evolutionary stage of human consciousness which are in an attitude to jump into a new stage.

The emerging world order is quite illiberal which is more pronounced from the recent backsliding of democracies. Human beings are more concerned about the passive enjoyments which have declined the imaginative and creative components of human psychologies due to rising security concerns again about survival. This time survival through food is replaced by survival through InfoTech and the biotech races. War is again getting momentum. Humans are again at the decisive moment to stick with nationalistic criteria or globalized perspectives. The ride of Trump is a classic example that humans regardless of knowing the fact that he is a hyper-nationalistic and compromising figure for the democratic norms; elected him as the President of Global Power in the World. Humans are fed up with owning the responsibility of freedom and rights. Aristotle in his theory of Revolution concerned that every stage of human maturity is surpassed by another in which even the mature part is compromised. Excessive democracies paved the way for tyranny and authoritarian rulers. It is because it is a natural part of the evolution of the political spectrum. Humans are good experimenters. The experiments from Agricultural societies to Post-Industrial societies with different ideologies and world orders. From all the historical struggles what they have learned is the megalothymia and the struggle for identity. They need their identities and recognition in the social setup. Liberal world order is discontent but it is the ultimate solution to humans’ struggles for equality with little improvement through the invention of ethical capitalism. Rule of Law and Institutional harmony is the key feature for which we humans have struggled a lot. The emerging world order is contradictory to our attained values of democratic consciousness but the ultimate reality is the human rational agency that will adapt to the pragmatic bargain. This pragmatic bargain is equal to identity and growth.

Perhaps, there is no doubt that we faced contradictions which are the ultimate reality of human progress. The progression throughout history is the indicator that humans coped with all conflicting interests with something new and exceptional. In the coming days, the force of history will cast a clear manifesto for the world leaders to decide and inflate the rational choices that are in the interest of collective commitment to progress and cooperation among nations and that demand the re-growth of democracies and human consciousness evolution is not the form of empowering authoritarian tendencies but the empowerment of harmonized freedom and democracies with rationality.