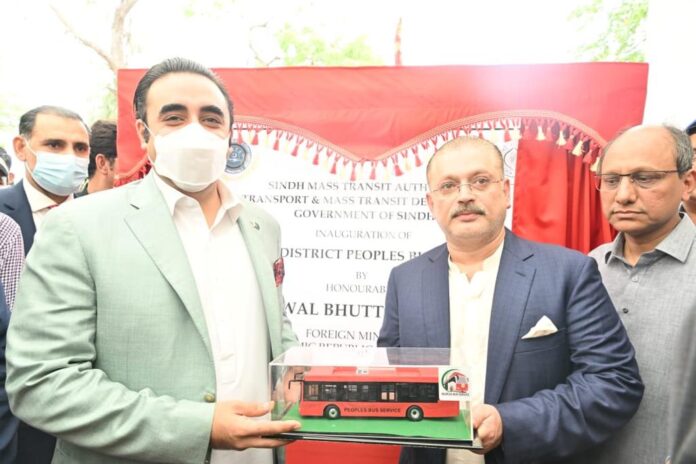 Bilawal Bhutto Zardari Monday unveiled a plaque to formally inaugurate a fleet of 140 Intra-District Bus Service out of 240 at Fatima Jinnah Road here on Monday.

He took round in the bus after the inauguration. Sindh Minister for Transport and Information Sharjeel Inam Memon, Sindh Minister for Labour Saeed Ghani, Administrator Karachi Murtaza Wahab and PPP MPAs including Sharmila Farooqui were also present on the occasion.

The modern hybrid buses will operate on seven routes of the metropolise, initially, it has
been made operational on one route from Malir to Tower.

The service on other routes would also be made operational soon.