Why the nation has not become one 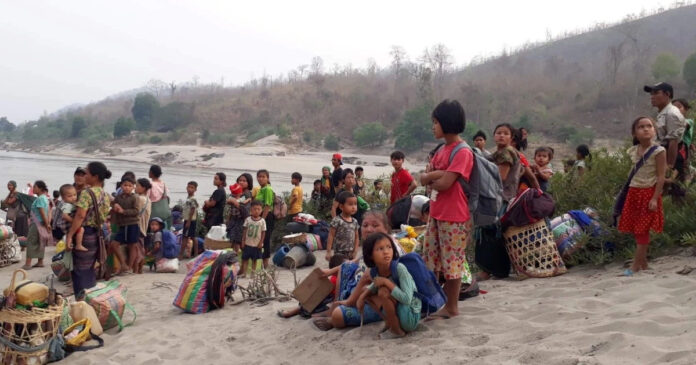 Pakistan’s original enigma: a thoroughly impeccably westernized, secular barrister with Victorian manners who promised the subcontinent’s Muslims a separate homeland; that they would finally be able to fulfill their cultural and civilizational outgrowth. Perhaps, Mr Jinnah, your idealism, your aspirations, your dedication, your activism, and your sacrifices are writ large on every page of the inspiring saga of that struggle. We as a nation have travelled too far or maybe not far enough, from your vision of what Pakistan could be- a nation of faith, unity and discipline. You had also played a clinching role in winning the desperate battle of Pakistan for sheer survival in her formative years. Fortuitously though, the young people today comprise over half of the country’s population. Starved of opportunities and plagued by pessimism, we feel bottled up and frustrated and trapped in a world where only the rich and well-connected thrive. Yet, remember, the choice to make or mark the future is in your hands.

But we portray no signs of loyalty to the values he ordained; unity, faith and discipline were the golden values that Quaid-e-Azam Muhmmad Ali Jinnah gave us, and the creation of Pakistan paved its way on these intrinsic doctrinal values. We seem to have lost those values. Core values that make us, us. We seem to have compromised on our adopted national motto by the country’s founder.

One of Aurelius’ most quoted ideas are, “Of each particular thing ask: what is it in itself? What is its nature?”. Pakistan needs to go through a similar dissection, where does this problem really start and is there an underlying mutilated fact in its foundations, perhaps a lingering white elephant in the room that no one in the country wants to face

Four months after the emergence of Pakistan on the world’s map, on 28 December 1947, the Quaid  instilled a message to the youth of his time, and said:

“We are going through fire: the sunshine has yet to come. But I have no doubt that with Unity, Faith and Discipline we will compare with any nation of the world. Are you prepared to undergo the fire? You must make up your minds now. We must sink individualism and petty jealousies and make up our minds to serve the people with honesty and faithfulness. We are passing through a period of fear, danger, and menace. We must have faith, unity and discipline.”

Needless to say, Pakistan till date, continues to wonder what kind of state it wants to be. The nation’s founders themselves were in a disagreement, with the Quaid himself being suspected of being a secular person. He announced his motto; Unity, Faith, Discipline, soon after the formation of the state in 1947; but his Muslim League companions were not satisfied with what it meant. Where was Islam in it, the religion of the people who were to live in this new state? If ‘faith’ was Islam why was it placed secondary to ‘unity’? In the years that followed the Quaid’s death, they tinkered with his motto, laying the foundation of self-doubt that continues to haunt the state today. In today’s day and age, the rhetoric of unity, faith and discipline is only limited to the metallic crescent surrounding the star inscribed with sayings of the Founding Father of Pakistan at the Jinnah Monument in Islamabad aka Pakistan Monument and the three marble swords inscribed in Karachi; perhaps, its -significance.

Today, we pride ourselves (and alter egos) in being Sindhi, Punjabi, Seraiki, Baloch, Pashtun, Mohajir, Shia, Sunni, Ahmedi, etc., not Pakistanis. What sustains this evil is a profile of weakened democracy that empowers the Rajas, Nawabs, Khan Bahadurs, Sardars, and Chaudhrys. Suffering from eternal political short-sightedness, with self-serving ambitions has reverted us to the pre- partition culture of cronyism.

Unity does not lie only where the situation is in your favour but actually lies where situations are against you but you prove to be on the right track through your collective and consistent efforts towards the matter. The prevalent deplorable State of affairs in our country is an old testament of how united we are as a country. The Quaid dreamt of seeing this nation just like a fist because no evil force can ever defeat a fist but an individual.

In Islam all the Muslims are brethren to each other, is now what resides in the books of history; perhaps, in practice, it finds no expression. The rising number of religious and ethnic political parties manifests a refusal to imbibe the concept of a ‘one true nation’, the single biggest failure of Pakistanis as a whole. We must resolve today, to join hands in building a more prosperous, more just and tolerant Pakistan.

They say that if you are not part of the solution, then you are part of the problem itself.  How long can we all sit and watch our country constantly being referred to as the most dangerous place on planet earth? How long can we watch our own people killing each other and being killed, all in the name of religion which seems remote to those of us who see our religion as a religion of peace, promoting harmony and a religion that teaches you tolerance? While we cannot remain indifferent to the current crisis, we should stand up and be counted as the conscious voice in support of our country in the spirit of one united Pakistan. This is not only the time for renewing our commitment to the concept, the idea of Pakistan but also, first and foremost to recognize the foresight and vision of our founding fathers in declaring the quest for Pakistan.

Moderation should be brought in, and one could argue with the society that we have today much represents the only form of moderation one could hope to ever see fulfilled in this country but does the abandonment of the very basis of its formation make even the inkling of sense? In today’s world too, we need to be more united and disciplined, with unflinching faith in ourselves as a nation.

One would do good to call upon the wisdom of the stoic Roman emperor, Marcus Aurelius, a stoic philosopher, who was the living embodiment of what Plato called “the Philosopher King”, in The Republic, the book that effectively founded Political Science.

One of Aurelius’ most quoted ideas are, “Of each particular thing ask: what is it in itself? What is its nature?”. Pakistan needs to go through a similar dissection, where does this problem really start and is there an underlying mutilated fact in its foundations, perhaps a lingering white elephant in the room that no one in the country wants to face.

Of the two audio leaks purportedly of Imran Khan as Prime Minister, released on Friday, one deals with getting five parliamentarians on his side....
Read more