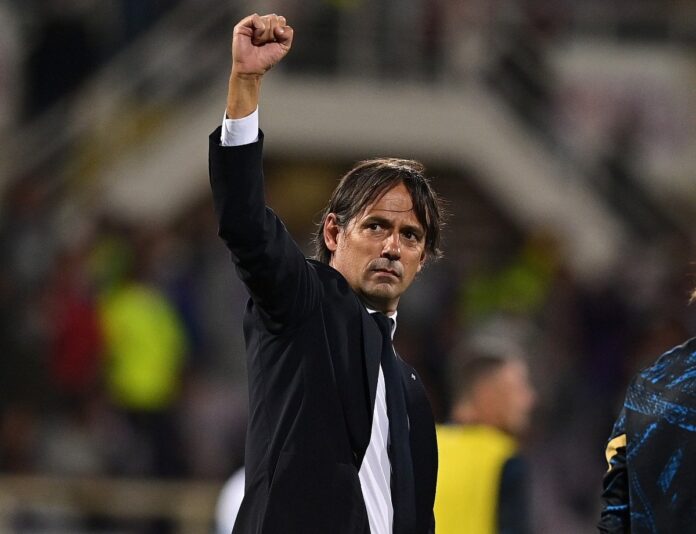 MILAN: Simone Inzaghi has signed an extension to his contract with Inter Milan which will keep him at the San Siro until 2024, the Serie A club has announced.

In a video released by Inter on social media, chairman Steven Zhang said that Inzaghi would stay for “two more years” after extending his current deal with the club by a year.

Italian media report that the 46-year-old has also received a one million euro salary increase to five million euros.

Inter are showing faith in Inzaghi despite the former Lazio and Italy forward failing to retain their Serie A crown, won by local rivals AC Milan after a thrilling title race which went down to the final day of the season.

Inter were about to go into full-blown crisis mode and with Inzaghi just weeks into his new job the club sold Romelu Lukaku and Achraf Hakimi, key figures in that Scudetto triumph, as well as Christian Eriksen.

No one expected Inter to hold on to the title but Inzaghi did so well folding in cheap replacements for departing stars that they were favourites for long stretches of the campaign.

He created a new style of play which got the best out of the whole team rather than just a few key players and won the Italian Cup and Super Cup, both in dramatic style against arch rivals Juventus.

He also secured Inter qualification for the knockout stages of the Champions League for the first time since 2011/12, narrowly losing in the last 16 to eventual finalists Liverpool.

Inter are hotly tipped to sign back Lukaku on loan from Chelsea and free agent Paulo Dybala, significantly bolstering an attack which topped the Serie A scoring charts last season.