Moeen Ali eying for a comeback in Test series against Pakistan 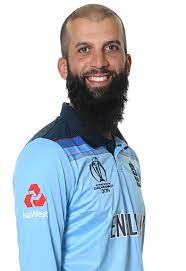 The English cricketer had ended his 64-cap Test career last September after admitting he found it hard to stay motivated for the five-day form of the sport.

“I am withdrawing my retirement from Test cricket, and I will play a series against Pakistan,” taking to Twitter, Ali said as quoted by a private news channel.

The all-rounder added that “Pakistan is my second home, so I made this decision. Always Love Pakistan.”

Last week, Ali had revealed that he would love to be part of England’s tour to Pakistan which was scheduled to take place later this year.

“When, or if, (England head coach) Baz McCullum wants me, I’ll definitely play in Pakistan,” he had said.

“I have played Pakistan Super League out there a few years ago but it’s not the same, to travel with an England side there having family background from that part of the world will be amazing,” he said.