Pakistan ‘s rendezvous with the IMF

This time on the powder keg! 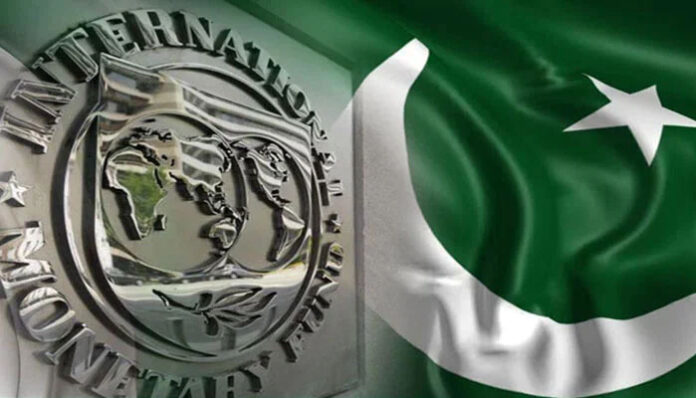 The federal budget has been announced by the time these lines are being read. With resources at critical level, there is practically no “breaking news” for the bewildered population in terms of growth or comfort. One can still find many sugar-coated announcements in the budget speech for the consumption of shouting anchors, caption makers as well as that section of society; which still innocently believes that the order of the day; the government; visible as well as invisible has good news for them. The announcement of the federal budget; the conclusion of the new IMF programme and the political direction for the country by the powers to be in the background make it a most risky IMF facility to date.

How the powers run the new IMF programme; how the current dispensation is able to manage the economy and polity out of the crisis situation are the million-dollar questions. However, the basic bet is, whether the ailing body of Pakistani economy or polity will be able to survive this major surgery without any major structural damage or not. Pakistan without doubt is faced with the biggest tests of its times

A run through the Pakistani experience with the donor agencies since the days when the economic planning paradigms were set up in the country, reveals that instead of coming to age; the economy has in fact bogged down in the quicksand of donor agency conditionalities.  That state of affair’s biggest fall out has been the gradual transformation of the economy into a high-cost one. An economy not tuned to grow, rather experience stagflation. An economy where rising prices hit at the purchasing power of a broad section of the public. However, unlike growing economies where it is a sign of progress; the former type of inflation depresses the economy.

It may be pointed out that budget deficit has not been the scourge of the democratic era, rather a look back into the trends during the years of first Afghan war of 1980 to 1987 reveals that the ailment to the budget exercise had started to register itself; though the economic managers choose to look the other way. Pakistan has been a recipient of the IMF SDRs since the pro-US dispensation headed by Ayub Khan.

At that point of time; the IMF inputs were limited to coverage of the imports, while the dollar rate was artificially kept stable to allow the business decisions to be based on stable footings. The growth rates witnessed in the first five years of the 1960s were precisely due to the above-mentioned strategy. Pakistan was creating an industrial base; especially the textile sector. It involved installation of capital infrastructure in the form of new machines. That issue was directly linked with the products where Pakistan wanted its presence to be noted and appreciated by the world market.

Likewise, many other sectors of the economy also benefited from the stability and it is a sad story since then, that after that decade Pakistan did not see a progressive value addition in infrastructure; whether it were dams, watercourses; industry-specific infrastructure or anything associated with the growth of the economy.

The second plan period between 1965 and 1970 was characterized by slow growth. The reason for that was the embargo imposed by the USA on Pakistan in the aftermath of the 1965 War in the domain of military equipment. Forced by the threat perception; Pakistan was compelled to pay hard cash for the procurement of Chinese and French weapon systems. That situation pushed the economic growth towards slowdown; prompting civil and urban unrest. What happened afterwards is history.

The fall-out of that situation was to be faced by the left-wing government of ZAB; when his left-leaning finance minister had to devalue the Rupee to the tune of 131 percent; making the Dollar equal to approximately Rs 10, from the previous level of Rs 4.75 per dollar. Available records show that the PPP government did depend on IMF SDRs through its tenure; though the nature of dependence was much within the decent limits; as is affordable for countries like Pakistan. These payments were classified as BoP assistance loans, to cover the trade deficit requirements. The estimated inflows during the PPP years as recorded in Economic Surveys puts the figure at $1 Billion between 1973 and 1977.

As said earlier, the succeeding Zia regime too followed the same trajectory; though during the closing years, the budgetary resource mobilization faced deficit scenarios; though of not an alarming dimension. Here it is worthy to note that the IMF as a matter of principle encourages its partnering economists to constantly monitor the economies they are working in. The rationale is to detect any signs of economic ailment, so that the same is neutralized in time.

As a consequence; the succeeding civilian set-up which ruled Pakistan from December 1988 to October 1999 had a baggage of economic correction as dictated and advised by the IMF. With greater emphasis on what the Fund Economists termed “Resource Mobilization”.

During the period under review, since 1988, the 1993 intervention already discussed in these pages was a political and economic one. Despite the fact that no IMF representative was in Parliament or any other institution; there was a sort of sovereign and unspoken guarantee from the deep state that whosoever who is willing to undertake reforms as envisaged by IMF will get the throne. In 1993, it was the willing Benazir Bhutto and in 1997 it was Nawaz Sharif, who was willing to do the IMF bidding.

That situation still lingers on. The reason for that state of affairs indicates even more clearly that origins of the crisis rest during the Ayub era and also the characteristics the Pakistani state adopted since then. Those characteristics meant that Pakistan will be a client state for the western systems; whether it is Soviet expansionism, Islamic fundamentalism, threat to US interests in the Gulf, and so forth.

Today Pakistan cannot be left alone by the IMF or the Western financial system as any ignoring of the dire situation in Pakistan will mean abandoning the country to trends and forces not desirable.

The current economic scenario has an end; which means another intervention by the IMF in the hope that things will reform for good this time. However, the stakes this time seem to be too complex. The sitting government might be willing and has the mandate to conclude another adjustment programme or facility with the IMF; yet it is presiding over a polity which is highly polarized for any consensus. The political polarization reflected in the political system is of an extent that might well make it difficult for the current dispensation to run the program as desired.

The recent near-riot situation over POL availability is only a small indication that this current IMF programme is being built on a powder keg; which can explode any time. An explosion, which cannot even be controlled by the powers who matter; or any of the political forces; in the government and the one left out in the cold; the so-called reform and change movement of Pakistan; the PTI.

How the powers run the new IMF programme; how the current dispensation is able to manage the economy and polity out of the crisis situation are the million-dollar questions. However, the basic bet is, whether the ailing body of Pakistani economy or polity will be able to survive this major surgery without any major structural damage or not. Pakistan without doubt is faced with the biggest tests of its times.