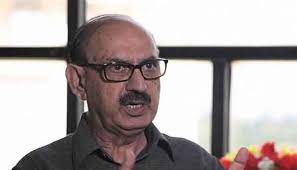 Pakistan Muslim League Nawaz (PML-N), Senator Irfan Siddiqui Friday said the former Prime Minister, Muhammad Nawaz Sharif would remain alive in the history of Pakistan for his achievement of conducting nuclear tests on May 28, 1998 to safeguard the interest of the country and strengthen its defence.

In an interview with APP in connection with the Youm-i-Takbir falling on May 28, Irfan Siddiqui said “Youm-e-Takbir is our identity and a great day when we nurtured our self respect, recognized our status and rejected the pressure of the world”.

Irfan Siddiqui said “The then Prime Minister, Muhammad Nawaz Sharif only safeguarded the interest of Pakistan and kept defence of the country at supreme while taking such a step which was in benefit of 22 million population”.

“Nawaz Sharif conducted historic nuclear tests on that day what was essential for the respect, integrity and sovereignty of the country and independent identity of its people”, he said.

“Today those raising the slogans of American conspiracy could not imagine what kind of pressure the then Prime Minister sustained in the year 1998 when the nuclear tests were conducted but he (Nawaz Sharif) neither waved any letter nor he talked about any conspiracy, oppression and pressure but went straight to Chaghi mountains and conducted six nuclear blasts in response to the five tests by India, giving a befitting response in front of the world”.

He said, “We are thankful to all those people, engineers, politicians and those leading armed forces who contributed in execution of this program at that time.”

“The real achievement was of the masses who have given their sweat and blood that today we are able to talk about the defense of the homeland while raising our heads with pride and looking into the eyes of enemy”, Irfan Siddiqui said.

It is pertinent to mention here that Youm-i-Takbir is celebrated on May 28, annually to commemorate the historic event of conducting nuclear tests in 1998. This day not only made Pakistan seventh nuclear state of the world but also the very first Islamic state equipping nuclear arsenal.

The operation was conducted in Rasko hills of Chaghi district Balochistan. The reason of conducting the operation was to give a response to a total of five nuclear explosions by India