Some leaders seem to prefer living in a parallel universe 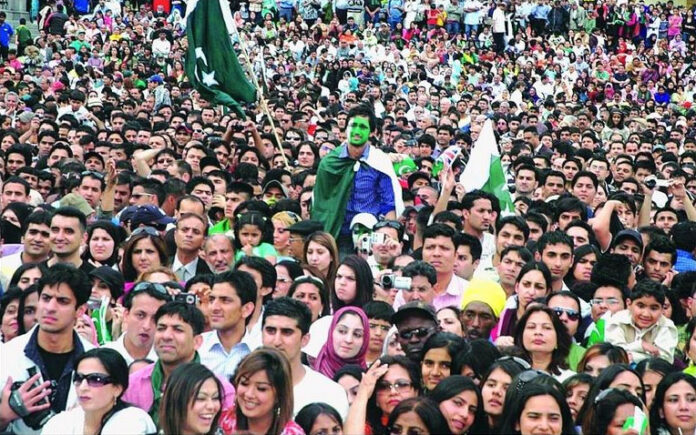 These days, different forms of authoritarianism have become a new normal across the globe owing to economic, social, cultural, and religious discontent. While in some cases, the troubling time for liberal democracy gives them a wake-up call, and in countries like France, political leaders try to address prevailing issues. For South Asian leaders, this opportunity seems to have been lost especially in India and, if we pay heed to social media in Pakistan, things seem not very different although it’s too early to say anything conclusively.

To begin with, since the ouster of former PM Khan through a democratic process, there seems to emerge a parallel universe in Pakistan. In this universe, facts and logic are brushed aside by the leader who somehow, as his supporters perceive, has a monopoly on almost everything ranging from religion, history, and governance to valor and whatnot. While there is a complex web of reasons behind this state, a closer look at Mr. Khan’s politics depicts his juxtaposition of politics and religion in such a way that even an atheist would be drawn into his religious nationalism.

On top of the list is the very brilliant technique of talking about Islam in a way that satiates everyone. On the one hand, Khan marries a Barelvi lady, goes to tombs, and carries string beads; on the other, he stands for the religious students who are in seminaries and are rooted in the Deoband school of thought. To further cement the nexus, he invites Moulana Tariq Jameel on significant days. Given that almost three-quarters of Pakistan comprises these two schools of thought, Khan knows well that to win elections, he has to play on both sides of the pitch. His allegiance to the next-door neighbor, moreover, finds no boundary as he not only advocated their acceptance, he also considered that they had broken the “shackles of slavery.”

Mr. Khan takes his knowledge from a number of sources. Surprisingly, most of the time, his current understanding of something contradicts his past reading of the situation. Therefore, he has been called U-turn Khan. All in all, he takes some nuggets of information from the west, some from Islam, and the rest from China. Depending upon the audience and situation, he entertains people.

For instance, when he was asked in one interview about the kind of Pakistan he wished to make. He named, unflinchingly, the State of Medina. His praises of the Chinese system of governance where one autocrat rules the roost seem another end not only because the latter suppresses people including Uygur Muslims, but also the very fact that it is based on the denunciation of any established religion.

The fact is that the future of Pakistan lies in its people. Any leader, even a leader with global prominence and profound wit, who comes to rule this country, will fail because the nation doesn’t consider rationality, work ethics, hard work, honesty, and truthfulness as a prerequisite for a viable society.

If this cognitive dissonance is not enough, he calls himself a man more knowledgeable than, say, Noam Chomsky, on the western system. At times, he wishes to make Pakistan like the Nordic countries. In short, Imran Khan’s Naya Pakistan is so amorphous that it can be anything and everything depending upon your own ideal of statehood. As a result, the youth in search of Messiah hedge their bets on the man that gives them nothing and everything.

What is astonishing is the support base of Imran Khan which is coming from the middle class. Here I mean those girls and boys who are liberal, educated, and modern. When Imran Khan calls for sit-ins, protests, social media campaigns, and other political activities, he doesn’t talk about the things which could alienate the youth although he disapproves of their ways of living.

Even if he addresses the local audience, he never talks about the uptick in rape cases due to women’s short clothing, for instance. He has never said anything like this in his speeches as well. In his interaction with western media outlets, he emphasizes the negative impacts of technologies like mobile phones on the youth and cases of rape cases.

Another dose Mr Khan offers the youth is in the form of a personality cult. Taking the benefits of years of plunder in the country, Mr Khan has portrayed himself to be the only saviour left. His messianic personality coupled with enviable achievements attracts not just jobless youths; some of the celebrated actors seem to dance in the parallel universe Imran Khan has created too. Worse so, media personalities have divorced their data-savvy attitude for the idolatry of their leader. This shows that we, as a nation, have divorced rationality.

Despite all the manifest signs of political religion wrapped in jingoism on full display, even minorities have been taken away by the tsunami of compounding cultism. Talking to the youth who hail from minority groups gives a sense of loss because they support Mr Khan at the cost of their very existence in Pakistan, which is becoming increasingly intolerant of other narratives, let alone minority communities. Mr. Khan never talks about unity in diversity.

His vague concept of many conflicting narratives doesn’t raise an eyebrow among the well-wishers of Pakistan.

While this unnerving wave bodes well for the PTI in a short term, there seems a simmering cataclysm for the country in the offing. We’ve seen such moves in the past— back in the 1980s— when the country was taken to the Dark Ages and religion was weaponized against those who came in the way. Also, in our western neighborhood, religious groups have destroyed any semblance of peace and prosperity by denying women of their due freedom, education, and other basic rights. If Pakistan has to progress, we don’t need a man who confuses people with variegated ideas fixing the issue through catch-22. It is about time the youth followed rationality, evidence, and reality before putting their allegiance before a person who can manipulate them.

The fact is that the future of Pakistan lies in its people. Any leader, even a leader with global prominence and profound wit, who comes to rule this country, will fail because the nation doesn’t consider rationality, work ethics, hard work, honesty, and truthfulness as a prerequisite for a viable society.

Although our palaces of worship are flocked by people, the same people when they go out, break every possible law and do not abide by their civic responsibility. Upon inquiry, they say that the latter rules are man-made, and the former rules are divine. If our ethical standards do not go up, we will suffer on end no matter who comes into power.