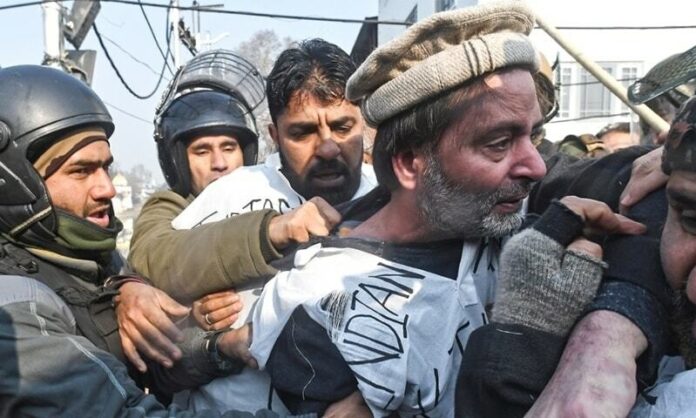 The Senate on Monday unanimously passed a resolution, expressing solidarity with the family of Hurriyat Leader Yasin Malik who is being persecuted in a dubious and motivated case against him by Indian Illegally Occupied Jammu and Kashmir (IIOJK).

The resolution, presented by Senator Yousuf Raza Gilani, said the house condemns the abhorrent attempt of the Indian government to deprive the Kashmiri people of their true leadership which is a blatant violation of the Universal Declaration of Human Rights and International Covenant on Civil and Political Rights.

It said the struggle for the right to self-determination in Kashmir was indigenous and could not be dampened by the draconian strong-arm tactics of the Indian government.

Besides asking the government for taking immediate steps on the matter, the Senate urged the international community to counsel India to drop all fabricated charges against all political leaders of the IIOJK including Yasin Malik and ensure their safety and well-being.

It said the Indian government should arrange a meeting of Hurriyat Leader Yasin Malik with his spouse Mishal Malik along with his 10-year-old daughter.

The Senate asked the Indian government to stop human rights violations in Kashmir, lift the brutal military siege, and let the Kashmiri people exercise their right to self-determination in accordance with their aspirations and relevant United Nations Security Council resolutions.

Meanwhile, the upper house of parliament passed four bills, including the Code of Criminal Procedure (Amendment), Bill 2022 and the Criminal Laws (Amendment) Bill, 2021.