The USSR once dominated the relationship 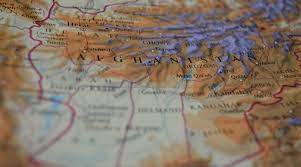 After World War Two phase, China and Afghanistan inherited a tense relation from the time when the Qing dynasty was ruling China (before1911) and following its policy of expansion, particularly in Muslim countries which Afghanistan disliked thoroughly.

It was the time when the Chinese dynasty not only aspired but also sent an army to the Kazakh sultanate and it produced fear in other rulers of the region. In this situation, Irdana Khan, the Khan of Khokand, and Kyrgyz requested the Amir of Afghanistan to protect the area from Chinese expansion.

The Amir of Afghanistan also sent a letter to the Chinese authorities and asked them to leave the Muslim territories and meanwhile had sent troops to Khok[1]and and Tashkent, keeping in view the possible attacks from China. As a result of this the relation between them in the early years of 20th century continued to remain vague, it however, did not stop the business related to horses and opium around the border.

For the first time in world history the nations of the world divided largely in 1939 when world war began between two most powerful nations of the globe having contradictory ideology (capitalism and communism) and it led a sharp division among countries of the time in for or against and to utmost surprise, during the period Chinese Muslims and others or the region including Afghanistan fought against Japan in order to get support for China: Several leaders of the time toured Muslim countries such as, Egypt, Syria, and Turkey in 1939 and met the issues of war were discussed by Indian leaders: Rabindranath Tagore, Mahatma Gandhi as well as Muhammad Ali Jinnah. The news of Muslims co-operation with China were widely publicized in the newspapers of Syria, Afghanistan, Iran, Iraq and Lebanon. In 1939, all Muslim countries including India welcomed Chinese delegations and discussed with them problems related to the eruption of world war.

The People’s Republic of China (PRC), established its communist rule after a long struggle on 1 October 1949 and Afghanistan happened to be the first country to recognise it in January 1950, three months later, although, diplomatic relations between the two only began in January 1955 when Abdul Samad was posted in China as Afghan Ambassador.

Soon thereafter, close understanding between the two grew rapidly and in January 1957 Chinese Premier Zhou Enlai and Vice Premier He Long visited Afghanistan, the first ever visit undertaken by the high-level Chinese leaders. In course of the visit, both leaders met with King Mohammad Zahir Shah and held fruitful talks with Prime Minister Mohammad Daud Khan, Vice Prime Minister Ali Mohammad and Foreign Minister Mohammad Naim. The wide-ranging discussions and growth of mutual understanding between the two helped consolidate their relationship and laid a strong foundation of relations between the two countries.In response to the visit of Chinese leaders, Prime Minister Mohammad Daud of Afghanistan visited China and during the meetings held discussions with Chairman Mao Zedong, Vice-Chairman Zhu De and Chairman Liu Shaog of the Standing Committee of the National People’s Congress of China. By the time the Sino-Soviet boundary rift emerged and Afghanistan appeared leaning towards the Soviet Union, and this is why, China refused to support Afghanistan’s claims in Pakistan’s Pashtunistan, it however, did not stop them signing trade pacts and a treaty of friendship and non-aggression in 1960, which paved the way for signing another treaty on boundary question, settling the issues of decades. It settled the 96- kilometre long territorial dispute around the Afghan border.

In the whole event, the role of Islamabad cannot be undermined who worked as a viable link among them, resulting first in the ousting of the USSR, followed by recently in August 2021 in US withdrawal from Afghanistan and second term installation of Taliban government in Kabul.

Since the CPC’s establishment of the government in 1949 and the earlier British withdrawal from the Indian Subcontinent, and the vanishing of Great Game between Russia and the British, China began taking an extended interests in the affairs of Central Asia, particularly, in Afghanistan, but in later years Chinese interest in Afghan affairs declined due to changes in circumstances as well as Kabul’s increasing inclinations towards the USSR. In the context it is also to add that the PRC has hardly played a significant role in the case of Afghanistan, and Beijing has used Kabul in its relations with great powers as well as for domestic reasons. It established relations with Afghanistan in the 1950s at the time when Afghanistan forged a relationship with the USSR, but in 1980s China acted with the USA against theUSSR and help them create a Muslim militia, Mujahideen.

Thus, despite ups and downs in the relationship Beijing never overlooked its security and economic interests that only Afghanistan can serve. Diplomatically speaking. China became convinced in a bloody revolution on 27 April 1978 which ended the government of President Mohammed Daoud Khan who took power five years before by overthrowing his cousin, King Zahir Shah. This abrupt change of Afghanistan is also called Saur Revolution in which the state was taken over by insurgent troops commanded and controlled by the People’s Democratic Party, a political wing having close contacts with communists of the country.

China viewed this development as a Soviet advance as well as a threat to its friendly relations with Pakistan and Iran. It reacted sharply and day after the Soviet invasion, in an announcement condemned Soviet military invasion, and refused to recognise the Soviet-backed Kamal government. In addition, the PRC, in protest, stopped official relations with Afghanistan and degraded the status of the Chinese embassy to a representative office which dealt only with consular and visa issues. Although initially both countries started their relationship as neutral countries, later on it began guiding from outside forces and considerations and for long it depended on nature and content of Sino-Russian politico-strategic relations. From the Saur Revolution when a Russia-backed government took over, Beijing due to its rivalry with the USSR and other competitions, put its relations in cold storage and normally sided with the USA to oust the USSR from Afghanistan. During the Soviet war in Afghanistan, China fought against the USSR and supported Afghan Mujahideen who were struggling to oust the Kremlin from Afghan soil. After the withdrawal of the USSR, China-Russia relations also improved to a large extent as Beijing viewed the Kremlin presence as a serious threat for itself

In the whole event, the role of Islamabad cannot be undermined who worked as a viable link among them, resulting first in the ousting of the USSR, followed by recently in August 2021 in US withdrawal from Afghanistan and second term installation of Taliban government in Kabul.