China will unswervingly open wider to outside world: Premier Li 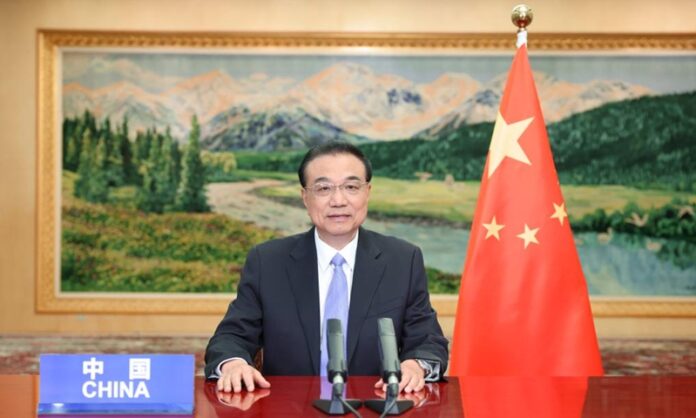 Chinese Premier Li Keqiang on Friday reiterated that China’s resolve to open up to the outside world will not change, and that China will continue to build itself into a big market and a hot destination for foreign investment.

“International economic and trade exchanges are not only necessary for countries to draw on each other’s strengths and exchange needed goods, but are also an important engine for world economic growth and human development,” said Li.

He made the remarks during a symposium for the 70th anniversary of the China Council for the Promotion of International Trade (CCPIT), held in Beijing on Friday.

“China is ready to work with other countries to uphold the rules-based multilateral trading system with the WTO at its core, uphold free trade and fair trade, advance trade and investment liberalization and facilitation, and maintain the stability and unimpeded flow of global industrial supply chains,” said Li.

As for epidemic control and production resumption, Li noted that the Chinese government attaches great importance to international cooperation on vaccines and medicines.

“With regard to the impact of the COVID-19 epidemic on the production and business activities of foreign-funded enterprises in China, relevant Chinese authorities and local governments have taken active measures to help coordinate and resolve the issues, such as resumption of work and production, entry of personnel, logistics and transportation while conducting epidemic prevention and control,” said Li.

As the world’s largest developing country and a major economy and trader of goods, China’s economy has become deeply integrated globally.

Such deep integration can be seen in China’s foreign trade. China’s trade in goods increased from 24.4 trillion yuan ($3.7 trillion) in 2012 to 39.1 trillion yuan in 2021, an increase of 14.7 trillion yuan, and its international market share increased from 10.4 percent in 2012 to 13.5 percent last year, according to statistics released by the State Council Information Office (SCIO) on Friday during a press conference.

Premier Li reiterated that no matter how the international landscape may change, China will remain committed to opening wider to the outside world.

“We will continue to deepen the reforms to delegate power, streamline administration and optimize government services. We will create a market-based, law-based and international business environment. We will have clear, transparent and stable regulatory rules. We will further relax market access and ensure that foreign-backed enterprises have equal access to open sectors in accordance with the law. We will strictly protect intellectual property rights,” said Li.

These measures will continue to make China a big market for the world and a hot destination for foreign investment.

China is now a huge market with a total economic output of 114 trillion yuan, 158 million market entities and 1.4 billion consumers, per the SCIO data.

Li expressed gratitude to foreign business institutions and enterprises that have been actively participating in and supporting China’s reform, opening-up and modernization drive for a long time.

The foreign representatives at the symposium spoke highly of China’s achievements in economic development and the important role played by the CCPIT in promoting China-foreign trade, two-way investment and economic and technological cooperation.

They noted that foreign-funded enterprises in China have been deeply involved in China’s economic development and their practical economic and trade cooperation with China has yielded great results.

All parties are optimistic about the prospects of China’s economic development and are ready to deepen exchanges and cooperation with China in various fields, stabilize the global industrial and supply chains, promote growth and prosperity through cooperation, and create a better future together.

Facebook
Twitter
Linkedin
WhatsApp
Email
Previous articleWomen TV presenters defy Taliban order to cover faces on air
Next articlePakistan must continue to engage with US ‘at all levels’, says Bilawal