What happened on April 3 was a well-planned conspiracy 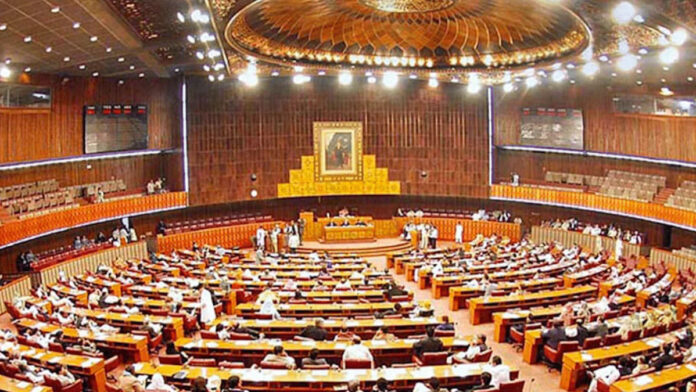 The events of April 3, leading to the dissolution of the National Assembly, clearly reveal a well-planned conspiracy to undermine the constitutional scheme and foil the democratic method of transfer of power. The top three holders of constitutional posts, the President, Prime Minister and Deputy Speaker, acting in unison, executed the plan and achieved the nefarious design of disrupting the constitutionally-ordained process of changing the Prime Minister through majority votes in the National Assembly. To do so, the troika misapplied some, and violated other, provisions of the Constitution.

Article 95 permits the filing of a no-confidence motion by 20 percent of the total membership in the National Assembly and ordains the PM’s removal, if the motion is approved by a majority of its total membership. The required figure comes to 172, out of 342 total members. That such majority was already achieved remains an undeniable fact, demonstrated by the Opposition and reported in the national media. The requisite number to pass the resolution was in attendance in the session, convened for the purpose. It was further demonstrated, when Sardar Ayaz Sadiq, Chairman, National Assembly Panel assumed the Speaker’s chair and votes were counted.

The fact that the PM had lost the support of majority in the National Assembly was writ large upon the political horizon and the troika couldn hardly feign ignorance of this vital fact. In the given circumstances, two courses were open to the PM: one, adopt the noble and honourable course of tendering resignation; and two, showing grace and dignity in letting the process conclude and determine his fate.

But alas, it was not to be! Grace, nobility, dignity or honour are traits common to democratic leaders the world over, but conspicuously missing among their counterparts in the Islamic Republic of Pakistan. The troika thus contrived and synchronized its actions in a way and manner to thwart the outcome of an otherwise open and shut case, that is, he removal of Mr Imran Khan through a vote of no-confidence.

And to add insult to injury, they instead punished the parliamentarians by abruptly issuing notification of dissolution of the National Assembly. This was conduct unbecoming of a politician, much less, a leader and holder of a high political office! The country was brought at the brink of disaster, causing serious political crises  and conflict with a threat to the democratic process and constitutional dispensation. Sunday, April 3, shall remain a black day in our parliamentary history. Thanks to the timely Supreme Court intervention of revoking the unethical/illegal actions and issuing directions for strict observance of the constitutional principles, the disaster was averted. Following is an account of the troika’s separate acts, forming a well-synchronized joint action, which constitute the offence of subverting the Constitution:

To begin with, the Deputy Speaker let the Law Minister raise a point of order, who repeated the mantra of foreign conspiracy to topple the government of Mr Imran Khan. And no sooner had he finished the speech, that the Deputy Speaker, without debate or discussion on the point, read out a prior written script to the effect that the charge is proved, hence, the no-confidence motion stands rejected. He then quickly prorogued the session and abruptly rose from his seat and left the hall. This event was quickly followed by the news of the PM advising the dissolution of the National Assembly and the President issuing such a notification. The developments left the parliamentarians and millions of people, watching the proceedings live, stunned and in a state of shock!

The order of Deputy Speaker was illegal, against the clear and categorical provisions of the Constitution and Rules of Procedure and Conduct of Business in the National Assembly. Article 95 of the Constitution stipulates that a resolution for vote of no-confidence, signed by 20 percent members, must be put to vote, and if passed by a majority of the total membership, the PM shall stand removed. There is nothing in the Constitution or National Assembly Rules of Procedure to abort the process through a ruling. The action is undoubtedly bereft of any semblance of legality and tainted with malice and mala fide, thereby warranting action under the law.

The ruling of the Deputy Speaker was quickly followed by the announcement that the PM had sent an advice for dissolving the National Assembly. The advice was given without any thought or consideration of the serious consequences to follow. The action was taken without contemplation or application of mind. And even though Article 58 (1) allows for such advice to be tendered, which is indeed binding on the President, however, there is a legal bar: the Explanation to this Article states that no such advice can be given by a PM, against whom a motion of no-confidence is pending. The PM could not have been ignorant of the requirement of Article 224 to the effect that dissolution of the National Assembly warrants holding of election within 60 days, which is impossible, given the fact that the process of delimitation of constituencies, under the new Census Report, had yet to be carried out. It was a requirement of the law, otherwise the election may be declared null and void. This fact was in the knowledge of the PM and yet he chose to proceed. It looked like the act of a desperado, just to prove his point, often tweeted by him to the effect that he holds the trump card and shall defeat the move, thereby humbling the Opposition and having the last laugh! The action was therefore contrary to democratic norms and in derogation of the Constitution, and hence, warrants action under the law.

Seemingly, the President was also waiting and promptly issued notification for dissolution, without applying his mind to the matter or pondering over the serious consequences to flow from such ill-conceived/-planned/-executed action. He did so despite the fact that under Article 44 of the Constitution, as “Head of the State” he “represents the unity of the Republic”, and is indeed required to be neutral.

Nothing should stand in the way of serving justice and punishing the offenders. This will also serve as a deterrence against would-be offenders, be it from amongst the political class or bureaucracy or military establishment.

He had several options open to him. Given the imbroglio, caused by the illegal ruling of the Deputy Speaker, he could have held parleys with holders of constitutional posts including the PM, Speaker, National Assembly and Leader of Opposition to find a way out. Article 58 (2) allows him to dissolve the National Assembly in circumstances where a vote of no confidence having been passed against the Prime Minister, no other member commands a majority in the House.

Therefore, there was no need to hurry. He should have realized that two wrongs (the Deputy Speaker’s ruling and te PM’s advice for dissolution) don’t make a right. It could have caused the derangement of democratic rule and infringement of the law and the Constitution. He knew full well that the advice was motivated by malice and tainted with mala fide intent, hence, illegal and unconstitutional, and unsustainable in the court of law. The act, together with his conduct after the reversal of the illegal actions, following the landmark verdict and short order of the Supreme Court, calls for action under the law snd Constitution.

A degree of urgency is required, given the fact that he is in a state of denial of new political realities and is hesitant and reluctant to perform duties under the Constitution. Keeping in view his past conduct, his remaining on the highest post, poses an imminent and present threat to the democratic/constitutional dispensation.

The Constitution is regarded as the supreme law of the land. All State organs, institutions and authorities are required to function and exercise authority within the limits fixed and as per the prescribed process and procedure. The provisions of the Constitution must be complied with by all and sundry. Article 5 puts the inviolable obligation on every citizen to show “obedience to the Constitution and the law”.

The holders of official posts take the solemn oath to discharge their duties “honestly, faithfully and in accordance with the Constitution” and further to “preserve, protect and defend the Constitution”. One may quote the saying of a famous French politician, George Bidault, who stated that “The good or bad fortune of a nation depends on three factors: its constitution, the way the constitution is made to work and the respect it inspires”. Tampering with the constitution or violating its provision is prohibited and offenders can be proceeded against through the process of impeachment or no-confidence motion. This is a political cost, in addition to the penalty prescribed for the offence of subverting the Constitution.

The purported acts of commission or omission of holders of constitutional posts, constitute the act of subversion of the Constitution through unconstitutional means. The world “subvert” means trying to damage or undermine or ruin or destroy a government or a political system. It is defined as “high treason” by Article 6. Other office-bearers, who aided, abetted or corroborated in the act, are equally liable. The punishment for high treason is death or life imprisonment, fixed by the High Treason (Punishment) Act 1973.

The Government will do well to take notice of the April 3 events and put the offenders on trial. To start with, inquiry may be initiated under the relevant law, which is the Federal Investigation Authority Act 1974. It must be ensured that the process of inquiry and investigation is free and fair. And if sufficient evidence is produced, a Special Court (comprising three high court judges) may be appointed by the Government on the recommendations of the Chief Justice of Pakistan, as provided by the Criminal Law Amendment (Special Court) Act 1976.

Nothing should stand in the way of serving justice and punishing the offenders. This will also serve as a deterrence against would-be offenders, be it from amongst the political class or bureaucracy or military establishment.

I realize the impropriety of few expressions used against the high State functionaries, but regretfully found no suitable words to substitute them, while stating their acts of commission or omission, touching the definition of the offence of high treason, under Article 6 of the Constitution. 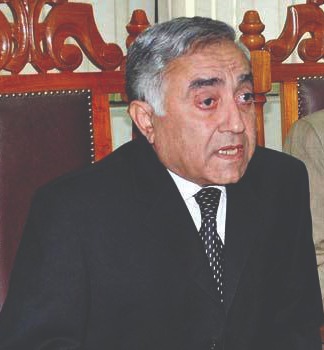 Dr Faqir Hussain
The writer served as Registrar of the Supreme Court of Pakistan, Secretary of the Law and Justice Commission and Director General of the Federal Judicial Academy