Bilawal, Blinken meeting on the cards 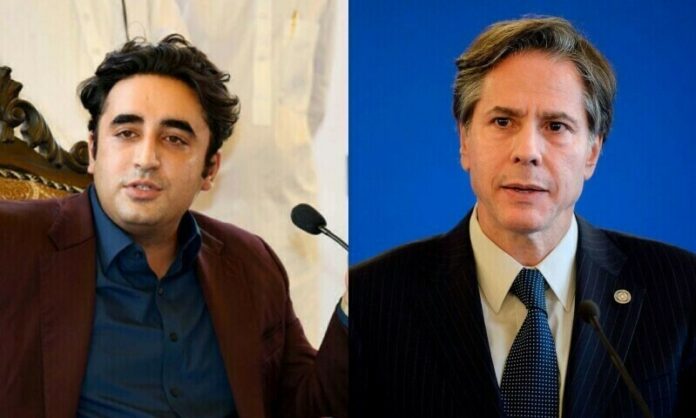 Foreign Minister Bilawal Bhutto Zardari is expected to visit the United States this month to attend the Food Security Conference and hold a bilateral meeting with US Secretary of State Anthony Blinken, a news outlet reported on Tuesday.

According to the report, an official of the Foreign Office said that the visit of the foreign minister is under active consideration and that he would visit the United States.

Secretary Blinken had invited Bilawal to attend a ministerial meeting on food security scheduled for May 19 in New York. He had also extended an invitation to the foreign minister for the US Global Covid summit the US is set to host on Thursday.

The official said the foreign minister is expected to address the global Covid summit virtually and attend the separate ministerial meeting on food security in New York.

Earlier, Secretary Blinken had spoken to Bilawal over the phone for nearly an hour and expressed the desire for deepening cooperation with Pakistan. Bilawal had too sought to improve ties with Washington based on equality and mutual respect.