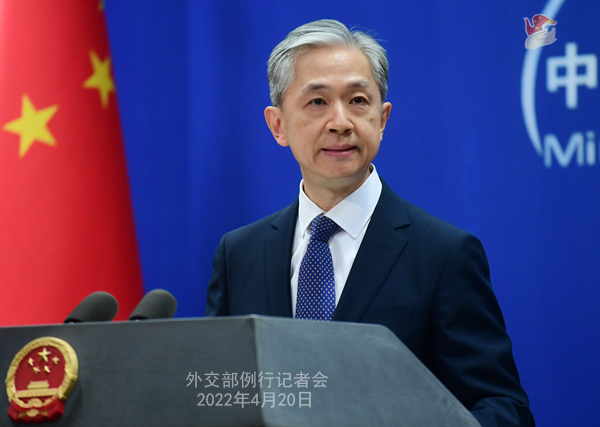 ISLAMABAD: China Wednesday said it was “deeply concerned” with the escalating violence and conflict between Israel and Palestine, especially the tensions in Jerusalem.

During a regular briefing, Ministry of Foreign Affairs spokesman Mr Wang Wenbin said China opposes any unilateral attempt to alter the historical status quo of Jerusalem and hopes relevant parties can stay calm, exercise restraint and prevent the situation from getting out of control.

“We have been playing a constructive role in its (Palestine) resolution. Last year, State Councilor and Foreign Minister Wang Yi put forward a three-point proposal for the implementation of the two-state solution,” he said.

Wang Wenbin said China calls on the international community to direct more attention and input to the Palestinian question.

Responding to another question about reports that far-right political party Stram Kurs (Hard Line) recently organized anti-Islam rallies in multiple places across Sweden and burned the Quran, which has triggered an outrage among the Muslim community, Wang Wenbin said China have noted the relevant reports.

“China always opposes extreme behavior of attacking people with different religious beliefs and instigating conflicts between civilizations. Freedom of speech should not be used as an excuse to incite racial or cultural discrimination and create division in society,” he said.

“No civilization is superior to others. They are different only in feature and geographical distribution. We advocate replacing clash of civilizations with exchange of civilizations. We oppose discriminatory rhetoric against certain religion and civilization,” he asserted.

“It is hoped that Sweden will draw a lesson from the matter and earnestly respect the religious beliefs of Muslims and other minority groups, protect their lawful rights and interests, and square their words of respecting and protecting freedom of religious belief with actions,” concluded the Chinese MoFA spokesman.