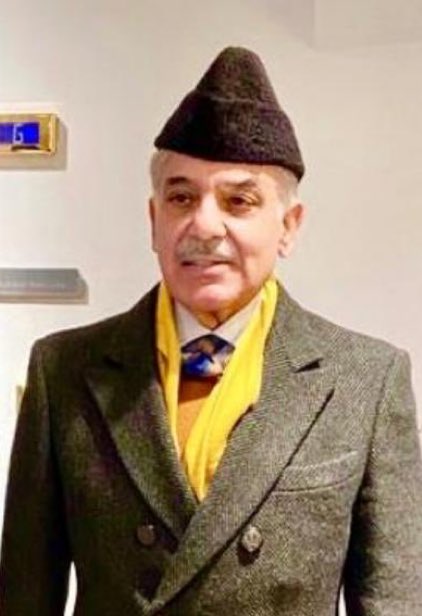 It’s funny, but there was no one I remembered more than the late P’a Tariq, as we young cub reporters used to call Tariq Ismail, when watching Mian Shehbaz Sharif take oath as Prime Minister. I learnt more about political reporting from him than from anything or anyone else. It was he more than anyone else who taught me how important a role the biradari played in politics.

It was through this lens of biradri that he viewed people as political or nonpolitical. That was an important issue for all of us then, and his yardstick was simple and authoritative. Someone who was the first in his family to contest an election was a ‘ghair siyasi aadmi’ (an apolitical person), but someone whose family included a ticket-holder was a ‘siyasi aadmi’ (a political person).

He never explained it, but I’ve come to learn that he was probably right. Mian Shehbaz is perhaps the best example. Back in those days, he was indefatigable in minding his brother’s constituency, and became President of the PML LMC. Nawaz entered the Punjab Assembly as CM, and the National Assembly as PM. Shehbaz entered both as a backbencher.

As a matter of fact, I think he was the first brother to contest an election, that of Lahore Chamber President.

One way in which he surprised me was how he took oath bareheaded. I was expecting the reappearance of the Jinnah cap in which he was first sworn in as CM, and which seemed the same Jinnah cap as Nawaz wore for his respective first oaths as CM and PM.

It wasn’t a Jinnah cap as worn today, or even by the Quaid himself. It was a very slim Jinnah cap, a sort of idealized version, which I only saw favoured by Field Marshal Ayub Khan. Oh yes, and some of the hamnawas in qawwali troupes still wear it.

I don’t suppose that Jinnah cap went to Hamza Shehbaz, who became the first of the second generation of Sharifs to hold office. Pa Tariq would have approved of him, as a natural-born political person whose father and uncle preceded him in office. And he would also have approved of Raja Pervez Ashraf, whose uncle had once been a federal minister. I wonder if the PPPP has just parked him as Speaker, or if it has him in reserve. It had parked Hanif Ramay as Punjab Speaker in 1993, while his predecessor as Punjab Speaker, Manzoor Wattoo, had become CM. The PPP itself had picked up Raja Pervez’s predecessor as PM, Yousaf Raza Gilani, from the Speakership. Then there is the case of the current Balochistan CM. He was first the Speaker after the 2018 election. Mirror image is Ch Pervez Elahi, who has been twice Speaker, and once CM, who tried to get the job again, but couldn’t. Before Wattoo, I think there were two career paths: Speakers did not descend to Leader of the House.

But now it seems the examples are proliferating. But Imran isn’t paying attention. He is looking at Joe Root, the England Test captain, who is showing  the most arrant poltroonery by resigning voluntarily from the captaincy. Imran knows more about England than Root, and knows how to fight to the last ball. Imran might also look at Sri Lanka, which has defaulted, and said that the country is one-up on him.

It has not been a good time if you’ve been named Imran Ahmed Khan. Over here, Imran got removed from the PMship, while in the UK, and a tory MP of that name got convicted of plying a boy in January 3008 with gin and tonic, and then assaulting him after watching pornography. Does that match the Tosha Khana Sale that Fawad Chauhdy is constrained to defend? I wonder which gifts Shehbaz Sharif will get that will tempt him? Remember, it’s not just Imram who is supposed to have slipped. Mian Nawaz Sharif and Yousaf Reza Gilani are both facing NAB references in connection with the Tosha Khana.

Emmanuel Macron comfortably and decisively defeats Le Pen in the French presidential elections. This brings a fortunate pause, if not a full stop, to...
Read more
- Advertisment -