Bangladesh bears the burden of millions of Rohingya refugees 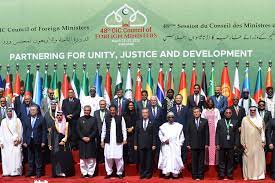 A conference of foreign ministers of the Organization of Islamic Cooperation (OIC) started at the Parliament House in the Pakistani capital Islamabad on March 22. This year the conference was held under the theme ‘Building Cooperation for Unity, Justice and Development’. The conference was very important to address some common problems for the Muslim world.

The Prime Minister of Pakistan Imran Khan delivered the inaugural address of the conference. He highlighted Pakistan’s role in the OIC. At the same time, the Pakistani Prime Minister talked about the challenges facing the Muslim world. Mr Qureshi also addressed the gathering.

It is pertinent to mention that the Rohingya refugee crisis is a crisis not only for Bangladesh-Myanmar but also for the whole Muslim world. There are many crises increasing day by day worldwide.

Bangladesh Foreign Secretary Masud bin Momen participated on behalf of Bangladesh. He said that the sustainable solution to the Rohingya issues lay in their repatriation. Bangladesh cannot bear the immense socio-economic and environmental costs by hosting millions of refugees for an indefinite period; therefore, these people must be repatriated to their place of origin in Rakhine State, he said during his speech on the open-ended meeting of the OIC Ad Hoc Ministerial Committee on Accountability for Human Rights Violations against the Rohingyas. The meeting was convened on the sidelines of the 48th session of the OIC) Council of Foreign Ministers.

Being as a major crisis in the Muslim world, members of OIC should be concerned on the Rohingya refugee crisis. There is no way for all members without supporting Bangladesh. The Muslim world must remember and consider the Rohingya are also one of the persecuted Muslim communities in the world like Palestinians and 6thers.

Foreign Secretary Momen in his statement reiterated the importance of repatriation of the Rohingya to avoid transnational socio-economic catastrophe due to millions of Rohingya, especially thousands of juveniles and youths apprehensive of no hope for their future. While thanking Gambia and the OIC and for the kind support for the legal action, he called for keeping the momentum going to provide justice to the Rohingya. He also called for strong solidarity from the member states by contributing voluntarily to meet the legal expenses of the case.

Turkey committed to contributing $200,000 to the fund. The members of the ad-hoc committee praised Bangladesh for hosting this large number of refugees over the years and even bringing them within the Covid-19 vaccine program. But Bangladesh faces some challenges to deal with the problems. The member states must help Bangladesh resolve the Rohingya crisis.

Apparently, the OIC has contributed a lot but there is still a long way to go. In recent times the Rohingya refugee crisis and repatriation are not getting much attention as the focus shifted to other issues, such as the Ukraine war. The OIC must make sure that the Rohingya crisis never loses the attention of international agencies. The OIC member states must help Bangladesh as much as possible. Don’t let Bangladesh alone bear the burden of the Rohingya.

The Organization of Islamic Cooperation (OIC) Secretary-General Hissein Brahim Taha stressed that the Rohingya case is one of the top priorities on the OIC’s agenda, one that the organization has been following for over two decades. The OIC must be committed to resolving the crisis as soon as possible. Unity on the issue amongst the member states must be essential to compel Myanmar to take back the Rohingya.

In comments to mark the outcomes of the ad hoc Ministerial Committee on the Accountability for Myanmar over Human Rights Violations against Rohingya, he stated that the committee’s meeting was held at a critical time in the midst of important developments related to the case against Myanmar at the International Court of Justice.

As the Chinese foreign minister attended the conference, OIC member states can seek assistance from China to help solve the Rohingya refugee crisis because China has warm relations with Myanmar.

He pointed out that this case sends a strong message to the international community about the OIC’s collective and coordinated work to support the Rohingya people, as well as its firm commitment to global ideals and principles of justice and accountability for human rights violations. The situation of the Rohingya has not improved despite the efforts and calls of the OIC and the international community, the Secretary-General noted.

He pointed out that Myanmar continues to turn a blind eye to the horrific violations against the Rohingya’s rights and did not fulfill its international obligations to create an environment for willful, safe, sustainable, and dignified return of the Rohingya to their homeland.

Moreover, the OIC Secretary-General praised the pivotal role of Gambia, in its capacity as chair of the committee, in leading the organization’s efforts on the international stage to ensure that Myanmar is held accountable for the atrocities committed against the Rohingya Muslims. He also commended Bangladesh for hosting and sheltering over a million Rohingya refugees.

Meanwhile, ever since Bangladesh welcomed the 1.2 million Rohingya refugees from Myanmar, she has been paying the price of her generosity. Despite many diplomatic efforts, the repatriation of Rohingya people has been lingering for quite a long time. The OIC must engage with Bangladesh. And OIC members must try to compel Myanmar to repatriate the Rohingya as they must have birthrights in their original birthplace. Intensifying pressure as much as possible on Myanmar must be ensured by the OIC member states. The solidarity of all members is very essential to address this common problem.

With the backing of OIC, Gambia, an OIC member, volunteered to file a case against Myanmar at the International Court of Justice (ICJ) for the alleged genocide of the Rohingya in November 2019. On 23 January 2020, the ICJ unanimously passed a resolution on the protection of Rohingya refugees, preventing acts of genocide and killings. On the other hand, OIC countries commenced their fund-raising campaign in December 2020 and could donate $1.2 million to Bangladesh. All in all, the OIC’s support in resolving the crisis has been commendable.

Apparently, the OIC has contributed a lot but there is still a long way to go. In recent times the Rohingya refugee crisis and repatriation are not getting much attention as the focus shifted to other issues, such as the Ukraine war. The OIC must make sure that the Rohingya crisis never loses the attention of international agencies. The OIC member states must help Bangladesh as much as possible. Don’t let Bangladesh alone bear the burden of Rohingyas.

Bangladesh has always been an obedient member of the OIC and promptly responded to any resolution. As pledged, the OIC should show solidarity with Bangladesh to help solve the humanitarian crisis of the Muslim world.