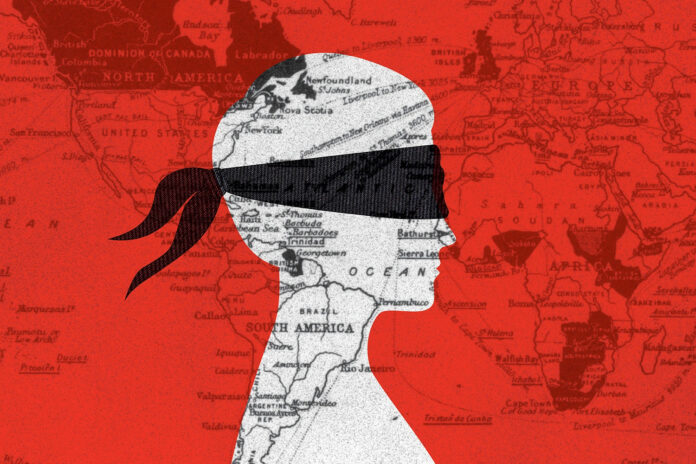 There is a major difference between a human being and being humane. A life full of luxuries, affluence of enormous resources, an impressive socio-economic profile,a magnetizing attire, high educational degrees and many other similar attributes are not altogether sufficient and mandatory for being a good and righteous human being rather a person should be good at heart and he should feel the pain of others to be a good human being with humane character.

If a person doesn’t feel the pain of other people or silently watches the oppression of the oppressor without reacting to it in one way or another in spite of enjoying the above mentioned attributes, he is not worth being called a good and righteous creature of Almighty God who has been entitled as Ashraful Makhlooqaat rather he is suffering from mental bankruptcy.

Killing a single innocent human soul irrespective of caste, colour and creed is like killing whole humanity as every human soul has the right to live peacefully. War has never been a solution to any problem, rather it creates more problems and gives rise to more political conflicts.War ultimately ends but the coming generations have to bear its ill effects for many centuries. So every nation should try to avoid war and stop its unjustified aggression on other countries to make the world a peaceful place to live in.

History is witness to the fact that economic wealth and cultural enlightenment has never remained confined to a particular region of the world but they have been revolving from one part of the globe to another with the passage of time due to numberless factors. The Western world, particularly Europe,which is currently enjoying the state of being a civilized and economically developed nation, has gone through the Dark Ages spanning almost 900 years between the 5th and 14th centuries when the Church was the only authority to decide the fate of the wealth and honour of the common masses.

The Western world is currently progressing by leaps and bounds in the field of science and technology but it doesn’t give it any authority in any way to interfere in the socio-economic and political affairs of the other parts of the world nor does it  make the white race superior to the people of other parts of the world. The Russia- Ukraine war has unfolded the hidden policy and ideology of the Western world and its thinkers. Though everyone is well aware about their deceptive and jesuitical policies, their recent statements regarding the Russia-Ukraine war has clearly depicted that they presume themselves superior and more respectable to the rest of the world.

War has never been good and beneficial to human beings. It brings nothing but distress, devastation,loss of wealth,property and human lives.Brides become widows and children are turned orphan.Friends become foes. Majestic cities and beautiful castles are razed to dust and ruins. Since the dawn of the 21st century, human beings have witnessed many disastrous wars due to geopolitical conflicts  between different nations which have caused a great horror to humanity and destroyed many beautiful countries. Firstly the USAand its allies targeted Afghanistan and the beautiful mountainous country was razed, and plunged into ruins.

During the US-Afghanistan war, almost the entire world supported the USA’s false propaganda and resultantly Afghanistan was declared a terrorist state.  After a few years, it was Saddam’s Iraq which was demolished and devastated by the USA on account of some allegations which were never proved. Due to war, Iraq, which was once a rich and developing country, was turned into a poor and economically dependent country.

Then Libya and other countries were added to the list and the common thing among all these wars was that these wars were due to unjustified aggression of the USA and its supporters. So the western media portrayed the rulers of these nations as cruel and tyrant oppressors and depicted them as a threat to humanity. Their property was burned to ashes and their wives were widowed and children orphaned. The Israeli–Palestinian conflict has become one of the world’s most enduring conflicts where thousands of Palestinians are killed every year. The UN has become a mere spectator over this issue and the world media is silently watching the bloodshed of the poor Palestinian people. No country in the Western world has banned Israel nor declared it a terrorist country, due to their political and economic interests.

The Russia – Ukraine war has landed the Western world into dystopia.They are shocked to see a developed nation being attacked and destroyed by another developed nation, where people of their own race are killed and their property is being demolished. Resultantly the USA, along with Europe, have become supporters and defenders of Ukraine.

Today Russia’s atrocity is visible to the whole Western media but the same Western media was silent when Russia indiscriminately bombarded Syria and nobody listened to the cries of Syrian people. Neither any country in the world banned Russia nor was it declared a terrorist state.

But when the brown-haired people are being killed, Russia is pressurized to stop the war and European countries are helping Ukraine by trying to send their arms and ammunition to Ukraine to fight against Russia. Eastern nations are threatened not to cooperate with Russia. But a question arises here that when the unjustified aggression of the USA and its allies destroyed Afghanistan, Iraq, Libya and other countries and killed thousands upon thousands of people there,were their lives not precious ? The world remained silent and nobody mourned their deaths, nor was the USA pressurized to stop its aggression as they were not people from their own races.

These bigoted people of modern civilized nations mourn the death of only those people who have brown hair and blue eyes as these are their parameters for being a human being. But such people should always remember that atrocity, barbarism, inhumanity and brutality  in any form and anywhere should always be condemned,controlled and denounced.

Killing a single innocent human soul irrespective of caste, colour and creed is like killing whole humanity as every human soul has the right to live peacefully. War has never been a solution to any problem, rather it creates more problems and gives rise to more political conflicts.War ultimately ends but the coming generations have to bear its ill effects for many centuries. So every nation should try to avoid war and stop its unjustified aggression on other countries to make the world a peaceful place to live in.

The United Nations should play its pivotal role in solving the world political conflicts peacefully arising in different parts of the world rather than being a mere spectator and puppet of few nuclear powers of the world.

Abid Hussain Rather
The author is a columnist and teaches Geography at GDC, Kulgam, Indian Occupied Kashmir, and can be reached at [email protected]