A Pakistani Creative Director Shaping the Future of NFTs 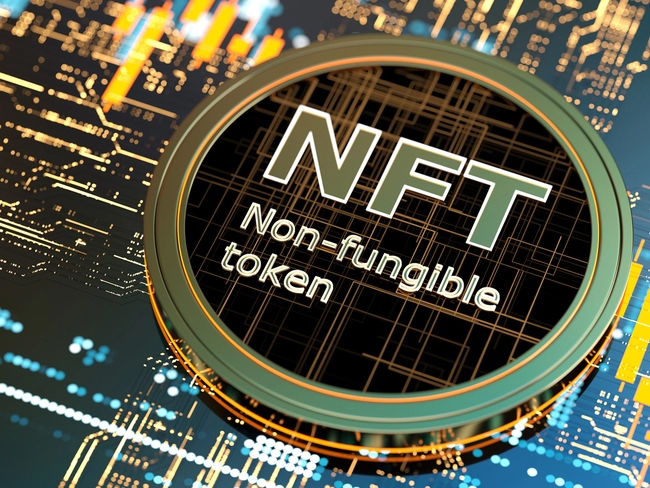 According to Insider, “The market for non-fungible tokens surged to $41 billion in 2021, according to the newest metric”. This reflects the huge potential within the NFT space globally. While the industry is thriving all over the world, Pakistan is making some rapid progress, unlike others and behind that are the country’s talented digital artists like Shaikh Danial.

Danial is an award-winning Creative Director who has more than a decade of experience. He has contributed his unmatched capabilities to 21st Century Fox, Universal Pictures, Disney, Pixar, World Bank Group, United Nations, Google, and many other industry giants. He is also the founder of the world’s First CSR (Corporate Social Responsibility) Media House & Agency, Social Junction Pvt. Ltd.

Shaikh Danial is a passionate and futuristic creative director who has made some remarkable achievements on an international level. He is well known for his fascinating capabilities in his chosen field. He has gained global attention in the NFT space with his recent contribution to ‘BAPES’ which is one of the biggest NFT projects of all time.

His contributions to this world-famous NFT project are quite remarkable. He is the Creative Director of this unique project which has already taken the global NFT industry by storm. He is known for adding real value to The BAPES Genesis collection which includes 10,000 lowpoly ERC-721 non-fungible tokens, deployed on the Ethereum blockchain.

By working on this project, Danial now stands among a few of those people who will soon revolutionize and transform the existing NFT industry. Not to mention that this project is led by several leaders, sports stars, celebrities, and legends from diverse industries like media, entertainment, gaming, esports, beauty, fashion, automotive, real estate, banking, finance, biotechnology, hospitality and more.

Danial’s outstanding work with BAPES is a testament to the hidden talent and capabilities that Pakistani creative artists possess. That being said, it looks like digital artists from Pakistan will take the country’s name to the edge of the industry soon. He has now become a global inspiration for many of those who have just stepped into the unique world of NFTs and the Metaverse.

BAPES is the world’s first metavestor club dedicated to empowering crypto native companies that are in the metaverse space. It was founded by billionaire businessmen and Hollywood’s top celebrities are its ambassadors. The project is based on highly diverse backgrounds and deep roots in the world of the Metaverse. Under this project, every member is considered a metavestor partner who get seamless metawards from BAPES Clan’s range of metaprojects.

The core idea behind BAPES is to introduce a unique kind of utility in the NFT industry. It is something that’s never been seen before. Many believe that BAPES is a groundbreaking project that has a huge potential to even revolutionize the industry and set new trends for the world. Fundamentally, every BAPES member is provided with an opportunity to become a metavestor by making metavestments made through the metafund which is governed by all the BAPES members. So, this thing is going to become a decentralized entity to create value that’s far more than what traditional financial institutions create.

The BAPESCLAN is the world’s first-ever DAO that has combined the universe and the metaverse uniquely. The team’s core objective is to drive real business value on blockchain technology by integrating real-world businesses and their real-time success in life. It provides people with the opportunity to invest real money in the metaverse and get rewar,ded equally for everyone’s effort in the form of metavestments.

Everyone at BAPES has got decades of experience and accomplishments in their respective fields and they are committed to making their vision a great reality. The project is currently aimed at buying the NFT Worlds map which would allow the creators to build the BAPES World. The project has also partnered with the industry’s most renowned stakeholders to make it happen soon. According to the officials, The BAPESCLAN considers the NFT Worlds as their preferred metaverse for this project due to its high-end technical capabilities.

Followed by the launch of BAPES World, the team is aimed at continuous evolution and will take interest in conquering other metaverses. According to them, the next target would be to acquire Somnium Space with an ambition to build “Planet of the BAPES”. Conclusively, it can be said that BAPES is all about creating the “digital twins” of the real world and the metaverse. This makes it an ocean of business opportunities that no one has witnessed ever.

Along with Shaikh Danial, several other NFT artists have also made unimaginable marks in the global NFT space. Recently, a Pakistani NFT project “The Merge” has just generated $91.8 million on the Nifty Gateway which is the world’s top NFT marketplace. The project is owned by an anonymous Pakistani NFT artist named “’Pak” whose work has also been praised by Elon Musk on Twitter.

Next to this, recently a new trend has been observed in the Pakistani NFT industry which is about launching futuristic fashion brands inspired by digital artistry. Among those, Oshii Brownie  which was founded by Ayesha Mubarik Ali is on top of the list. She is a renowned creative artist from Pakistan who has earned considerable fame within the digital arts and NFT space of the country. She has worked with some of the most distinguished global digital artists.

Along with Shaikh Danial and Ayesha M. Ali, a British Pakistani boy sold his NFT collection for a staggering  £290,000. His work was highly appreciated by the global NFT community and has resulted in gaining a huge amount of fame for the country. To conclude, it is evident that Pakistanis have got an amazing potential in the NFT industry and the government of Pakistan should think seriously about developing and providing adequate resources to such people who can make miracles.

Pakistan is among the countries where students committing suicide is not an uncommon phenomenon. The World Health Organisation (WHO) asserted in a report that...
Read more
HEADLINES

The rising trend of drug abuse in the country is a worrying sign for all concerned; from parents to healthcare providers, and from politicians...
Read more
HEADLINES