CITY NOTES: Revolt of the ATMs 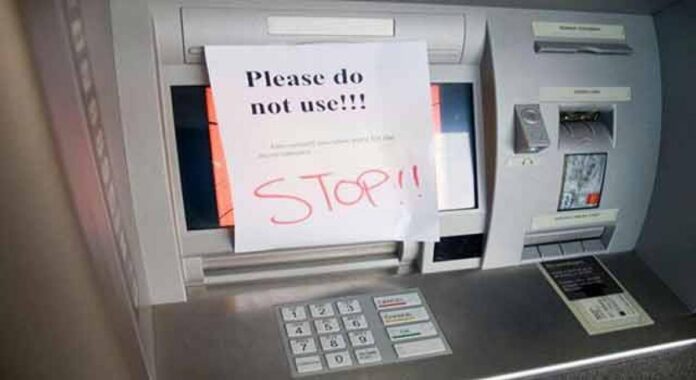 The Revolt of the Machines was (and probably still is) up there with the Zombie Apocalypse as something that is a major threat to life as we know it. They are both in the realm of science fiction, and have been the subject of many Hollywood films. Both are unlikely, but possible.

Look, Artificial Intelligence has not yet made the Revolt of the Machines possible, but 5G has got machines communicating with each other. And though there’s no germ that turns people into zombies, the covid-19 pandemic has shown that a disease can spread like wildfire.

We in Pakistan are witness to the trouble that Imran Khan is facing, with the no-confidence motion revolving around the Revolt of the ATMs.

Imran had thought that Jahangir Tareen and Aleem Khan were so impressed with his ability to reverse swing the ball that they were willing to act as ATMs, who had seemingly limitless resources to spend on him and the party.

Inspired as they were by his vision of tabdeeli, they also had personal axes to grind Jehangir Tareen’s were revealed in the sugar shortage which led to his break with Imran, the CIA getting in on the act, and his gathering of a group around him that threatened a revolt until he was let off the hook.

Aleem Khan has not only given money, but he was also superseded for the Punjab Chief Ministership. Though he became Senior Minister, he was not only interrogated by NAB, but had to spend a month in its custody. He remained quiet, until recently, when he joined the Tareen Group.

Presumably what he wants out of a revolution is to replace Punjab Chief Minister Usman Buzdar. Aleem Khan probably has a right to think he’s up to the job, since Buzdar can do it. Aleem Khan probably argues that the Zombie Apocalypse has already reached Punjab in the shape of Buzdar, and he can only be an improvement. With Aleem’s hat in the ring, we now have more contenders for the Chief Ministership than for the Prime Ministership, what with Punjab Speakers Ch Pervez Elahi hankering for the job back. Whether or not Shehbaz Sharif and son Hamza are contenders for any office is not known. `Nor whether Ch Nisar Ali Khan has any ambitions.

.Was it entirely a coincidence that the first thing to happen after the opposition moved a vote of no-confidence  against the PM, was the raid on Parliament Lodges. There you have the numbers game being carried to the opposition. What’s the point of having won over some PTI MNAs, when your own MNAs are hauled up and held in durance vile.

Perhaps only now does Bhutto’s 1971 threat to break the legs of any MNA going to Dhaka make sense. The party position favoured Mujib at that point, so making sure no one went to the session prevented votes being cast for him. The PTI seems bent on showing us some interesting things. Like a government stopping itsd own MNAs from voting. And facing party activists if they try to go to Parliament. Maybe someone will follow the time-honoured tradition of using a burka as a disguise.

Imran has got problems of his own. Abdullah Shafiq and Imamul Haq got centuries on the lat day of the Rawalpindi Test. As if the no-trust motion wasn’t enough, he has to worry about someone else getting on the same page after he is bumped off. I mean,look at poor Najot Singh Sidhu, Imran’s old cricketing rival, who lost his seat in the Punjab Assembly. The Aam Aadmi Party has won there, which shows that there are no hard feelings between it and the farmer’s who overran Delhi with their protests, mainly from Punjab. Kejriwal seems to be extending himself slowly. With Congress in an apparent terminal decline, it appears his time is coming.

Of course, India being a big country, Kejriwal is not all that it does. There’s the missile, probably a Brahmos supersonic missile, that landed in Mian Channu. Mian Channu ‘s best known son was the late Ghuilam Haider Wyne, and while it is not a border city, it isn’t all that far-off. It’s not that far from Fazilka, but I really don’t know what a missile was doing there.

The Ukraine conflict is unresolved so far, and we’ve got some young hopefuls volunteering for Ukraine. Not to fight, but to disappear West. Indeed, all of those brown-skinned Ukrainian refugees arriving in the West are actually from either India or Pakistan, who are using the opportunity that has fallen into their laps.

May 23, 2022
Earlier this month, I was travelling from Sukkur to Karachi via a well-maintained and air-conditioned van, which was a relief because most vans or...