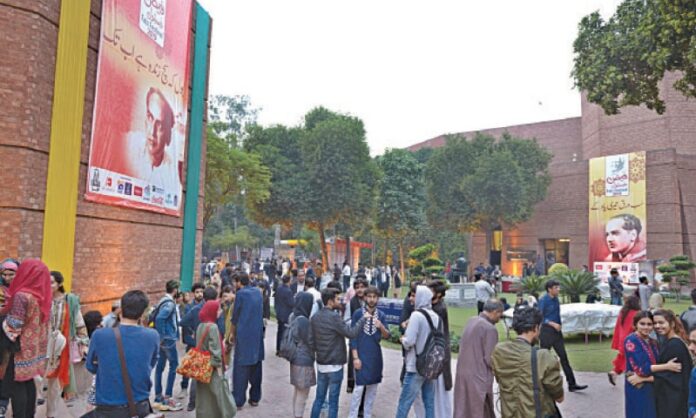 She was speaking at the Faiz Ahmed Faiz Festival as the chief guest at Alhamra Hall here on Sunday.

Paying rich tribute to the great poet of Urdu literature, she said that there was much to learn from poetry of Faiz  and his poetry showed how to look after the deprived and the marginalised sections of society. She suggested continuing the festival on yearly basis.

“I joined the PTI with a mission to serve humanity and I have never seen a leader as hardworking as Imran Khan,” she said. She said that only the PTI could steer the country out of crises.

The minister said that all new projects in health bore testimony to the vision of Prime Minister Imran Khan.

She said that the PTI was taking historical steps to bring improvement in healthcare and the government was developing 10 state-of-the-art mother and child hospitals.

The festival kicked off with the formal opening ceremony, held outside the art gallery. The ceremony had speeches and opening of an exhibition featuring a rare collection of photographs of Faiz put on display at Alhamra Art Gallery, The Mall. The exhibition was inaugurated by Lahore Commissioner retired Captain Muhammad Usman who was flanked by Faiz Foundation Trust Chairperson Salima Hashmi, Lahore Arts Council board of governors chairperson Moneeza Hashmi, LAC Executive Director Zulfiqar Ali Zulfi and a delegation of writers and intellectuals from India.