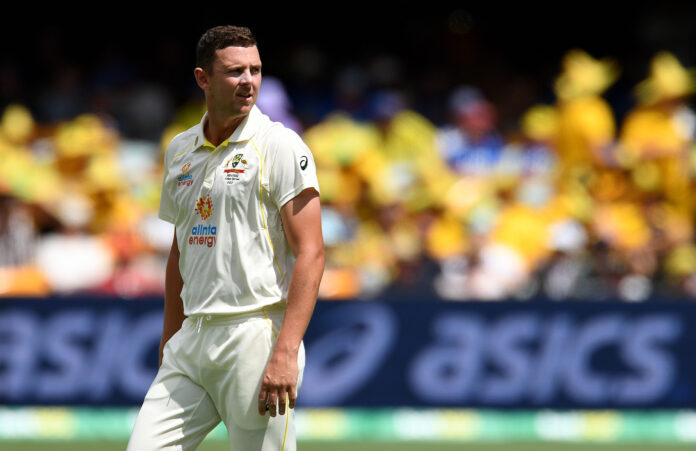 SYDNEY: Australia fast bowler Josh Hazlewood will be back in action for next month’s T20 international series against Sri Lanka after a side strain cut short his Ashes campaign.

Hazlewood picked up the injury on the third day of the first Ashes Test at the Gabba in early December and was ruled out for the rest of the series, which Australia won 4-0 against England.

Australia are due to host Sri Lanka in five T20 matches, starting on February 11 in Sydney.

“I’m definitely back for the Sri Lanka T20s,” the 31-year-old Hazlewood said on Friday. “I’ve got a couple of weeks up my sleeve to get right and should be fine.

“It’s been a frustrating couple of weeks, no doubt (but) watching away on TV with the rest of the country was fantastic. Watching us dominate all five Test matches was awesome.”

Hazlewood, one of Australia’s key players in their T20 World Cup victory in November, has picked up 32 wickets in 24 matches.