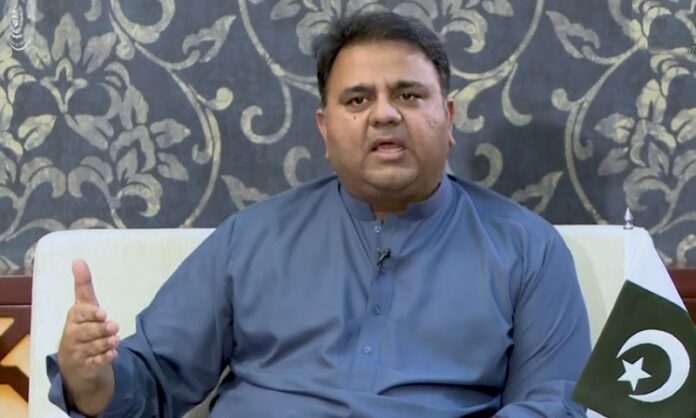 Minister for Information and Broadcasting Fawad Chaudhry stated on Tuesday that Pakistan would not undergo another lockdown and dismissed reports of schools’ closure amid COVID-19.

Fawad, while addressing a post-cabinet press conference, said the federal cabinet was informed that the COVID-19 positivity ratio had doubled in the country.

“But despite this, it is our resolve that we absolutely not impose a lockdown in Pakistan. Our economy cannot bear the burden [of another lockdown],” he stated.

The information minister said “an excellent” vaccination campaign was underway and the government had invested $2 billion into the vaccines.

“Pakistan has a success story of dealing with coronavirus. We will not impose a lockdown. We will, however, monitor the situation. We urge everyone to wear masks,” he stated.

Chaudhry’s announcement comes as Pakistan’s coronavirus positivity ratio remained over 3% for the third straight day, as COVID-19’s Omicron variant continues to spread across the country and push infection rates.

The National Command and Operations Centre’s (NCOC) Tuesday morning data showed that 1,467 cases were reported from across the country after 43,540 tests were conducted in the last 24 hours. This took the positivity ratio to 3.33%.

The information minister said the federal cabinet had also decided to approach the Lahore High Court (LHC) against the Opposition Leader in the National Assembly Shahbaz Sharif as he was the guarantor for his brother, former prime minister Nawaz Sharif’s, return to Pakistan.

“It was not right of Nawaz Sharif to act regarding his health issues. And to bring him back, the federal cabinet has decided to approach the court,” the information minister said.

Chaudhry said Nawaz had not undergone any medical treatment for the last 17 months, and the reports he sent — to prolong his stay in London — have been rejected by the Punjab government.

“His claim of going out of the country was fraudulent, and Shahbaz was involved in this fraud.”

The information minister said Pakistan High Commission in London had contacted Nawaz, but he did not provide his medical reports to it.

Chaudhry said Shahbaz should now follow up on his statement to the court and take steps to bring back Nawaz. “We will file a plea in the court, seeking his disqualification if Nawaz does not come back.”

The information minister said the Election Commission of Pakistan has suggested that the local bodies elections in Islamabad should be held on April 15.

“Therefore, before April 15, the government will provide electronic voting machines to the ECP, so elections can be held using it,” Chaudhry said.

Speaking to Geo.tv earlier,  Federal Minister of Science and Technology Shibli Faraz was confident that the EVMs would be tested for the first time in the polls for the mayor of Islamabad.

“For now, the main testing ground [for EVMs] will be Islamabad,” Faraz told Geo.tv. “If it is successful there, which I am certain it will be, then the Election Commission of Pakistan (ECP) will decide which election it wants to test the EVMs in next.”