Body of Hindu leaders set up to take care of temples 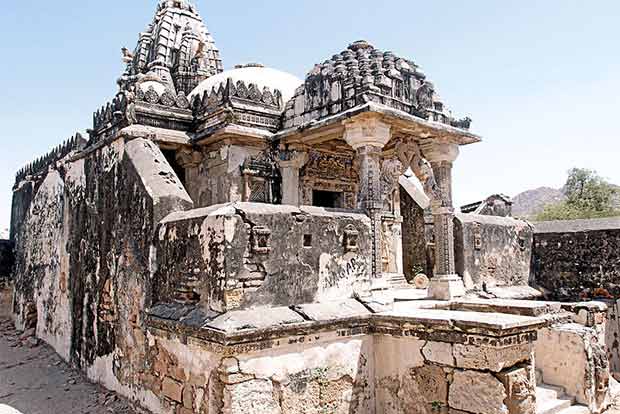 The government announced the setting up of the first-ever body of Hindu leaders to take care of the community’s temples across the country.

According to a statement, the inaugural meeting of the body was chaired by Minister for Religious Affairs Noor ul-Haq Qadri. The Evacuee Trust Property Board (ETPB) chief briefed the meeting on the matters.

The ETPB is a statutory board that manages religious properties and shrines of Hindus and Sikhs who had migrated to India following the partition.

“The committee will look after matters related to Hindu places of worship,” Qadri said.

“Pakistan has created history by constituting the committee on the demand of the Hindu community,” Sharma said.

Qadri said that the problems of the minority population of Pakistan are being solved on a priority basis and the formation of the committee will be instrumental in resolving the issues of the Pakistani Hindu community.

The minister went on to say that despite religious and cultural diversity, tolerance and acceptance of each other is humanity, adding that evil elements want confrontation in Pakistan on the basis of religion, sect and linguistics.

“The new committee will act as a bridge between the non-Muslim population and the State,” he said.

He said that according to the vision of Prime Minister Imran Khan, efforts were being made for the welfare of the non-Muslim population.

Hindus form the biggest minority community in Pakistan. According to official estimates, 7.5 million Hindus live in the country.

The majority of the Hindu population is settled in Sindh where they share culture, traditions and language with Muslim residents.

ISLAMABAD: Ahmad Safeer of Pakistan has broken the Guinness World Record of India's Narayanan N of the most full extension punches in one minute. Ahmed,...
Read more
NATIONAL