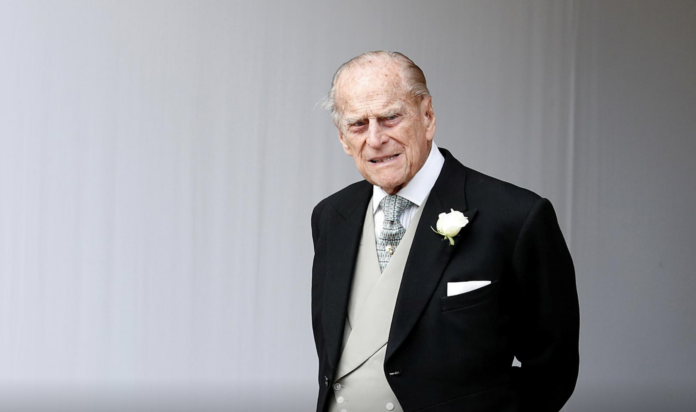 LONDON: From Britain’s Prince Philip to Nobel Peace Prize laureate Desmond Tutu, here are some of the most notable deaths of 2021.

Phil Spector, who revolutionised 1960s pop music with his “Wall of Sound” but who was jailed for murder in 2009, dies on January 16 aged 81.

A week later, Larry King, the braces-sporting US talk host who interviewed everyone who was anyone, dies at 87.

George Shultz, Ronald Reagan’s secretary of state who helped end the Cold War but contributed to the conflict by advocating pre-emptive strikes, passes the next day at 100.

Madagascar’s former leader Didier Ratsiraka, the instigator of a socialist revolution on the Indian Ocean island, dies aged 84 on March 28.

Bernie Madoff, mastermind of the largest financial scam in history, dies in jail in North Carolina on April 14 aged 82.

Chad’s President Idriss Deby, 68, dies from battle wounds the day after his election for a sixth term on April 20.

Nigeria’s Boko Haram leader Abubakar Shekau, of unknown age, is killed during infighting between rival factions of the extremist group on May 19.

Former US defense secretary Donald Rumsfeld, the architect of the invasions of Iraq and Afghanistan after the World Trade Center attack of 2001, dies aged 88.

Richard Donner, director of the first “Superman” movie and as well as “The Goonies”, dies on July 5 aged 91.

The leader of the so-called Islamic State in the Greater Sahara, Adnan Abu Walid al-Sahrawi, 48, is killed by French forces on August 17.

Former Chadian president Hissene Habre dies a week later from Covid-19 at 79. He was serving a life sentence in Senegal for crimes against humanity.

Charlie Watts, the drummer of the Rolling Stones, dies aged 80 on August 24.

Jacques Rogge, president of the International Olympic Committee, dies on August 29. The Belgian was 79.

Michael K. Williams, who played Omar in the cult US television series “The Wire”, dies the same day of an accidental overdose aged 54 in New York.

Kenya’s world record-holding runner Agnes Tirop, 25, is stabbed to death at her home on October 13. Her husband is later charged with her murder.

Colin Powell, a war hero and the first Black US secretary of state whose reputation was sullied by the invasion of Iraq, dies from complications from Covid-19 aged 84 on October 18.

FW de Klerk, the last president of apartheid South Africa, dies aged 85 on November 11. He freed Nelson Mandela from prison and later shared a Nobel Peace Prize with him.

Lamine Diack, who presided over global athletics from 1999 to 2015 but was later convicted for corruption, dies on December 3 aged 88.

British architect Richard Rogers, known for designing some of the world’s most famous buildings including Paris’ Pompidou Centre, dies at 88 on December 18.

American rapper Drakeo the Ruler, or Darrell Caldwell, 28, dies after being stabbed on December 19.

Joan Didion, the beloved US essayist and pioneer of “new journalism”, dies at 87 on December 23.

May 28, 2022
Sri Lanka has dethroned Pakistan from the fourth position in World Test Championship (WTC) points table as they secured a comprehensive victory against Bangladesh in Dhaka. The...