Where should the emphasis be in engineering education? 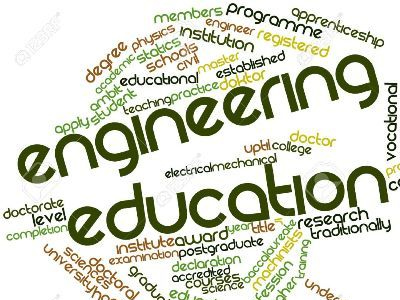 There has been this old debate about film songs: Is music (tune and orchestration) of a song more important than its lyrics or vice versa? In other words, is music the main item with lyrics merely a vehicle to convey it? Or is it the other way around? As one man put it, one is the corpse while the other is the coffin. When asked which was which, he suggested that the questioner should decide that for himself. Fortunately, this being an armchair exercise, one can choose the sensible option of suspending judgment and enjoying film music as a package consisting of music and lyrics.

There is a similar debate however, which, owing to its much more practical nature, cannot be dismissed as mere hair-splitting. It regards the teaching of engineering, which intimately concerns all instructors and their students. In any engineering subject, there is the theory and there is the application of the theory to practical problems. Between them the two make up any subject, so both aspects need to be taught to the student. When it comes to pedagogy however, there have traditionally been two approaches which are diametrically opposed to one another. Is theory best treated principally as a vehicle to present tools to solve a specific set of problems? Or should problems be used, instead, to illustrate theory at work in various practical applications? Authors especially need to make up their minds one way or the other before they get down to the task of writing their textbooks, which is easier said than done. So, it is that most textbooks show a lack of clarity on the issue: at some places they seem to favour the former approach while at other places the latter. Only a select few are written to consistently stick to one philosophy.

Of course, theory is meaningless if it fails to help grapple with specific applications. It is tempting therefore for engineering students as well as instructors to treat theory as the handmaiden of ‘numerical’ problems (lovingly referred to as ‘numericals’ in campus jargon). There is much to say in favour of this stance: as opposed to the pure scientist who may merely be spurred on in his work by curiosity regarding how the universe works, engineers (as technologists) are required to provide solutions to practical problems. The taste of the pudding is in the eating, and all that sort of thing. But (and it is a big ‘but’) what is often overlooked is that it is very easy to overemphasize applications at the cost of theory. So, it is that there is no dearth of students who are ignorant of the fundamentals of a subject but can readily solve numerical problems so long as they conform to a set pattern. They memorize a certain algorithm or recipe for solution and have no difficulty so long as a problem submits to that recipe. This is what is called mapping of example problems to ‘new’ problems. The limitation of this approach, as a wit so aptly put it, is that life is an odd-numbered problem, in that even if there are definite answers to its problems they are rarely provided.

Go-back-to-the-basics may sound like a cliché, but there is nothing that more succinctly captures what real education is all about. One can be said to know a subject, not when all one knows is the recipe to solve a certain class of problems, but when one is equipped with its fundamentals.

This recipes-based approach severely limits the instructor in the choice of problems he can use to test his students. That is because the latter are stumped the moment an unfamiliar problem turns up. Which is no fault of theirs because they are used exclusively to unrealistic, divorced-from-life, textbook type problems that submit readily to mapping. This is where thorough understanding of theory comes in so handy. It allows the student to approach problems that do not conform to a fixed pattern, by resorting to first principles. This way, the problems need no more be of the desiccated, forced variety that submit to a set algorithm. Not only does this allow the teacher to be flexible in the choice of test problems, but (more importantly) it enables students to tackle problems the likes of which they may never have seen before. Considering that life is sure to throw their way just such problems, engineers who can handle them are at an altogether different level of competence than those who cannot.

Go-back-to-the-basics may sound like a cliché, but there is nothing that more succinctly captures what real education is all about. One can be said to know a subject, not when all one knows is the recipe to solve a certain class of problems, but when one is equipped with its fundamentals. For it is the fundamentals which one can always fall back upon, and which enable one to get the best possible solution considering the nature of the problem. No university course can possibly hope to cover the possible range of applications in any given area. What it can do however is equip students with the fundamentals and encourage and train them to approach recalcitrant problems from first principles.

The litmus test of expertise in any engineering subject will always be one’s ability to solve concrete real-world problems, but the expertise itself is best developed by granting pride of place to theory by illustrating how its relatively few fundamentals apply in a unified manner to much wider-ranging applications; as opposed to relying on a black-box type, methodology-based approach to problem solving.