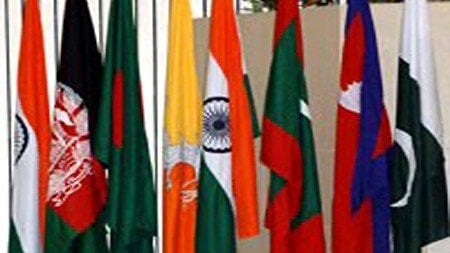 Foreign Minister Shah Mehmood Qureshi on Wednesday reaffirmed Pakistan’s commitment to host the SAARC leaders during the meeting with the group’s secretary general Esala Ruwan Weerakoon, who is currently on a visit to Islamabad.

He revealed that Pakistan was ready to host the long-delayed summit of the South Asian Association for Regional Cooperation (SAARC) when what it said “artificial obstacles” in its way were removed.

It is pertinent to note that Pakistan was supposed to host the summit in 2016 but India boycotted the gathering of SAARC leaders and also persuaded some other member states to do the same. Under the SAARC charter, the summit cannot take place if any of the member countries stays out. Since then India consistently has been staying away from the summit thus delaying the gathering of leaders of eight nations of South Asia.

In fact in recent year because of differences and tensions between India and Pakistan, the SAARC was virtually dead until Covid-19 pandemic hit the world when the member states used the association’s platform for collaboration.

However, it is unlikely the organisation will realise its full potential in the foreseeable future given the deep divisions between Pakistan and India and also new alignments in the region.

Nevertheless, the FM told the SAARC secretary general that Pakistan was committed to the principles and objectives of the SAARC Charter for the welfare of the people of the region, economic integration and regional prosperity.

“Pakistan believed SAARC could provide a conducive and congenial atmosphere to build economic synergies and transform the quality of life of the people of South Asia,” Qureshi said as per the foreign office statement issued today.

FM Qureshi recalled the important and constructive role played by Pakistan in realising the true potential of SAARC and making it a useful organisation for regional cooperation and mutual benefit based on the principle of sovereign equality.

He reassured the secretary general of Pakistan’s strong support for regional cooperation and urged him to accelerate the pace of the SAARC process.

FM Qureshi reiterated Pakistan’s commitment for hosting the SAARC Summit when the artificial obstacles created in its way would be removed.

The FM, while expressing condolences on the death of Sri Lankan citizen Priyantha Kumara in Sialkot, stated that entire political leadership, religious scholars and the Pakistani nation had condemned the incident and the Government of Pakistan was determined to take all necessary steps to bring perpetrators to justice.

The SAARC head thanked the foreign minister for sharing his views on different SAARC related issues and assured him of his concerted efforts to strengthen cooperation among the member states so as to realise the full potential of SAARC.