Challenges for the US (Part 1)

America faces a fateful crossroad in 2022 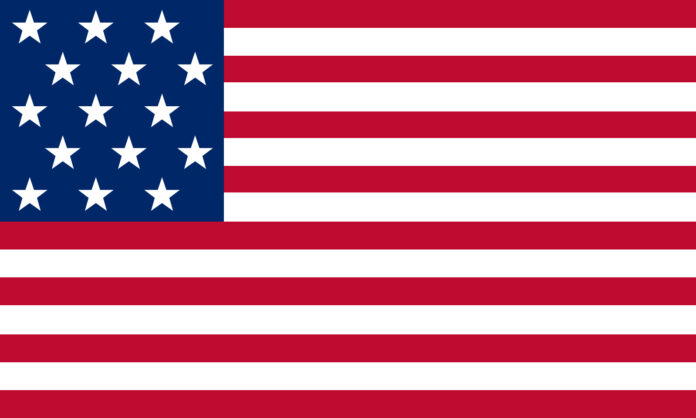 When my assistant handed me copy expressing my greetings and good wishes for 2022 for approval, I paused, thinking, “is that all I can say, just hope for a better, brighter new year?” How much happier and sunnier can next year be, when we still suffer from the deep scars and bleeding wounds from the social and political malaise that 2021 left behind? We must act now. There is no time to spare because the losses will be of such a magnitude beyond our ability to comprehend.

Politicizing the pandemic
The pandemic is the most challenging crisis facing our nation in more than a century, and remains one of the fundamental human rights issues of our time. Nearly 800,000 Americans have died from the pandemic, yet only 60 percent of our fellow Americans have been vaccinated. How sad and disheartening that we politicized a deadly virus, as Republicans are three times more likely than Democrats to refuse vaccination. Two of the most populous states, Florida and Texas, not only are refusing to institute vaccine or masking mandates, but are banning local municipalities from instituting their own mandates. Is it any wonder then that their death tolls are the highest in the country?

To refuse vaccination is to benefit from the precaution of those who have been vaccinated without making any contribution to our collective immunity. By the spring of 2022 more than one million of our fellow Americans will have died from the virus and many Republican leaders still have the crude audacity to oppose mandatory vaccination. It is time to recognize that each and every one of us has a moral obligation to be vaccinated and contribute to the realization of herd immunity.

Moreover, the refusal of so many Americans to be vaccinated is allowing one variant after another to arise and inflict ever more pain and hardship. Our immunity to disease is a collective resource, and none are safe until we all are. The pandemic is apolitical and colorblind, and 2022 will be merciless and agonizingly harsh unless we rise and act as one. Vaccination should not be a choice but a requirement as long as the unvaccinated can infect others. We do not have the luxury of time.

Democracy under assault
Our democracy is under ominous assault. Republicans are tearing it down brick by brick. One state after another passes discriminatory laws and absurd rules, gerrymanders to secure electoral control, and refuses to accept the result of free and fair elections. We are still reeling from the violent storming of the Capitol to prevent the peaceful transfer of power and accommodate a morally deranged so-called leader, whose lust for power is surpassed only by his contempt for the laws of the land. They were ready to sacrifice the freedom and liberty for which countless Americans have died, only to bask in his authoritarian design. What does that say about America’s future, when a multitude of Republicans want to seize power at whatever cost, willingly following such a blind, unhinged, bigoted narcissist who is openly tearing our democratic institutions apart?

Our democracy is facing an unprecedented danger. We must strengthen voting rights, prevent the appointment of partisans to subvert the election, fight political corruption at every level, and make political power decreasingly dependent on money.

Our democracy is facing an unprecedented danger. We must strengthen voting rights, prevent the appointment of partisans to subvert the election, fight political corruption at every level, and make political power decreasingly dependent on money. The election of Biden gave us hope in preserving our democracy and attending to the political and social malaise that swept the nation. But maintaining the House and Senate for the Democrats in 2022 will be do or die; otherwise, Biden’s agenda will be shattered, and authoritarianism will creep in, leading to the collapse of the American institution. We must rise in unison, hold accountable the traitors behind the insurrection on January 6, and preserve and protect America’s 240-year-old democracy that served as a beacon of hope and freedom to the global community.

Climate change denial
Climate change will not happen sometime in the future. It is happening now. We live it—the unprecedented storms, hurricanes, deadly tornadoes, and fires consuming hundreds of millions of trees every year. Sea levels are rising, beaches are shrinking, and island states are slowly submerging in front of our eyes. Thousands of species still unknown to man are vanishing in the Amazon. Coral reefs are dying at a horrifying rate, with over 30 percent at risk of being lost within the next few decades. To be sure, climate change is an existential threat facing our planet.

The reasons for this unfolding tragedy are clear enough. Coral mining, overfishing, blast fishing, pollution, the burning of fossil fuels, and animal farming and transportation are among the major contributing factors. Climate change continues to spark massive migration; millions have been forced to flee their homes, which have become inhospitable due to flooding, fires, and other disasters fueled by the changing environment. And yet, we still have a multitude of climate change deniers who dismiss the indisputable scientific evidence and refuse to acknowledge what is in front of their own eyes. I applaud Biden’s commitment to address the perils of climate change and call on every public and private institution to play their part in combating climate change. Next year will be even worse unless the country comes together. We must act now to avert the catastrophic impact of climate change before it is too late.

Unfathomable child abuse
It is hard to comprehend; in America, over 13 million children go to school hungry and one in five live in food insecure households. Black and Hispanic children disproportionately suffer from poverty. How is it fathomable that the richest country on earth disgracefully falls in child poverty between Mexico and Lithuania? One in 11 children, nearly 6.5 million nationwide, live in extreme poverty, compounded by the fact that this age is a time of rapid brain development.

Even more damning is the trafficking of children which occurs in every state. Most trafficking victims in the US are citizens; those forced into sex work are not just runaways or abandoned youth, they are children from urban and rural areas, and of every class and race. The National Center for Missing and Exploited Children received over 17,000 reports of potential child sex trafficking in 2020 alone. Of the over 26,500 children reported runaways in that year, one in six were “likely victims of child sex trafficking.” Sadly, as I write these painful words another child was just trafficked for sexual purposes. And 2022 will be just the same; it will not heal these tragic wounds unless we rise up and put an end to this unimaginable travesty in America today.

Women’s rights under assault
To this day, after decades of so-called equality, women are still discriminated against in this country. In 2020, women earned 84 percent of what men earned; it would take an extra 42 days of work for women to earn what men did in 2020. Women of color fare even worse, and face higher unemployment than white women—nearly 9 percent for Black women and 8.5 percent for Latina women, versus 5.2 percent for white women.

And who are these men who act as judges and jurors to deny women a central component of their bodily autonomy, to pass laws that prohibit abortion? What right do they have to decide what women can or cannot do with their bodies? This is just another abhorrent manifestation of infringement on women’s inherent rights. The presumption undergirding abortion bans is that women who become unintentionally pregnant do not comprehend the consequential weight of their actions. Those who oppose abortion rights often assume that restrictions on abortion will not adversely affect women’s healthcare, when in fact it puts women’s health at risk. A true democracy cannot exist without gender equality. Despite our best wishes for 2022, the plight of women will not change unless we focus on this gender gap, and act decisively and level the field when it comes to women’s rights.