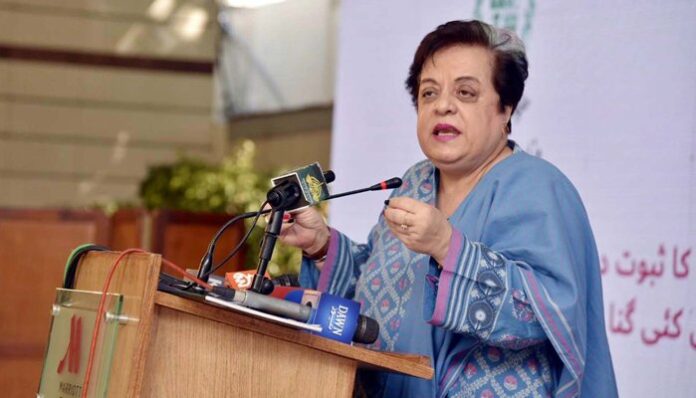 Federal Minister for Human Rights Dr Shireen Mazari on Monday condemned the lynching of a Sri Lankan national over blasphemy allegations in Sialkot and said the government has decided to review the National Action Plan (NAP) on counter-terrorism.

On Friday, the incident had taken place on Wazirabad Road in Sialkot, where reportedly the workers of private factories had attacked Priyantha Kumara Diyawadanage, who was working as manager of a factory, over blasphemy allegations and burnt his body after killing him.

Talking to Dawn, Mazari rued the recurrence of such incidents and called for “strict government action”, terming it the “need of the hour”.

“This lynching was not the first of its kind. We have seen the case of Mashal Khan, and two of our Christian community members were burnt… it’s now time to take definitive action as the state”.

She said the distortion of religion and torture of people in its wake should be condemned in the strongest terms.

The human rights minister also expressed worry over growing “extremism” in the country, saying the NAP has to be fully enforced to combat the menace.

“We need to review our laws for devising a comprehensive strategy to prevent such incidents in the future,” Mazari stressed. Specifically pointing to the NAP, the minister said it must be seen where the action plan has not been implemented.

She also called upon different parties within the Pakistan Democratic Movement (PDM) to “de-link” themselves from Maulana Fazlur Rehman and his leadership for his controversial statement in which he had said that if the state did not take action against those accused of blasphemy, then such incidents will continue to happen.

Answering a question related to Defence Minister Pervez Khattak’s statement about the incident, Mazari said that Khattak has “issued a clarification about his statement.”

The National Action Plan, enacted through a strong political consensus after the 2014 attack on the Army Public School in Peshawar, is aimed at taking result-oriented measures to counter terrorism in the country.