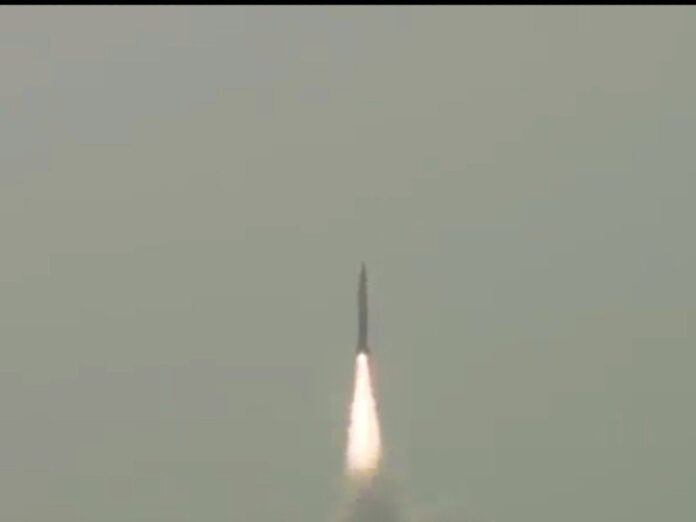 The test flight was aimed at re-validating certain design and technical parameters of the weapon system.

President, Prime Minister of Pakistan, Chairman Joint Chiefs of Staff Committee and Services Chiefs congratulated the scientists and engineers on this achievement.